A plan for a major overhaul of Hackney Wick Overground station and the redevelopment of local properties has been shown off by Network Rail. Currently, access to the station is via a narrow slope running up from the road to the platform, with a staircase over the railway tracks. When completed, there will be a new entrance, and a tunnel under the railway to get to each side.

New stairs and two new lifts will take people up to the platform level. 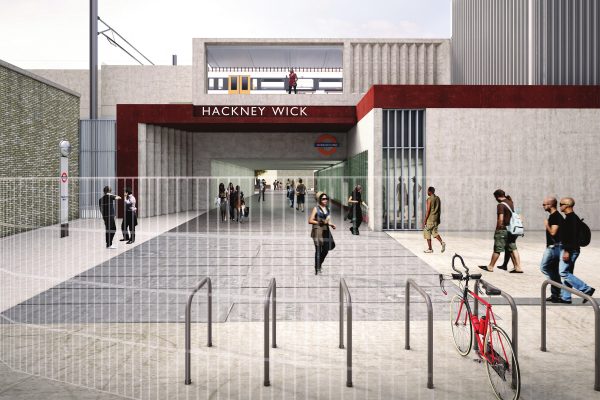 Network Rail is delivering the project, on behalf of the London Legacy Development Corporation, which will see the new subway replacing the existing footbridge and opening up new pedestrian and cycle links from Wallis Road through to White Post Lane. The subway, currently being built on land next to the station, will be driven into position in spring 2017.

The station is due to be completed in January 2018.

The plans are a revision of an intention submitted in 2014 which would have seen the new entrance in the same location as the current site — but this was modified to take advantage of plans to clear light-industrial properties to the north of the station and replace it with housing.

That allowed the entrance to be flipped from an east-west orientation into a north-south one, linking the two roads on either side of the station. 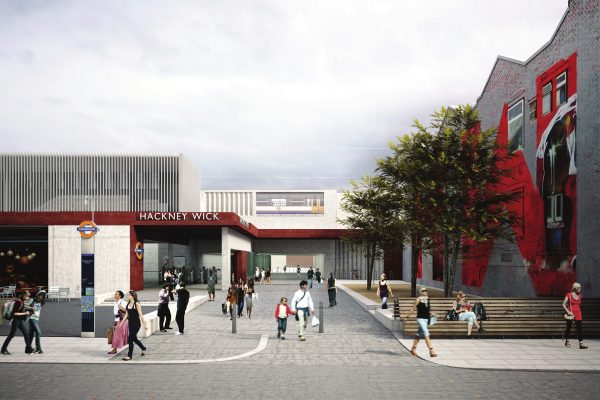 Southern approach to the station

Tower Hamlets Council and Hackney Council have both contributed £1m towards the refurbishment of the station. Architects Landolt Brown designed the station entrance and ticket hall, supported by Mott Macdonald engineering.

The station has a certain unfortunate notoriety in railway history, as it is next to the site of the very first murder to be committed on a railway train — in July 1864.