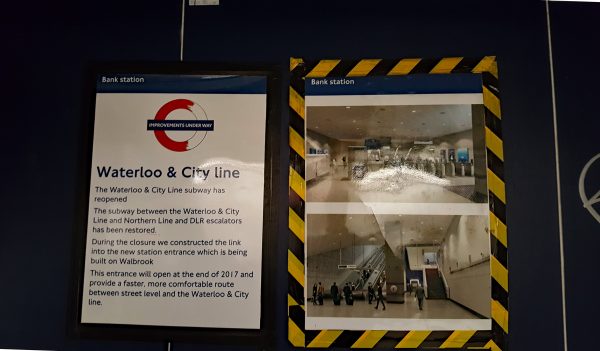 The new entrance is being provided as part of the planning permission for the massive Bloomberg groundscraper that was recently completed, and will provide a direct link to the Waterloo & City line platforms.

It’ll offer a much faster way out of the platforms, and help reduce crowding at the smaller platform exits that lead from Bank station’s ticket hall.

Originally expected to open in late 2015, the opening was pushed back to late 2017 due to delays in completing the concrete box thanks to one of the recent year’s most impressive archaeological discoveries.

However, although the box was eventually completed by the construction of the Bloomberg building, there has been a long list of unexplained delays to works being carried out by London Underground to turn the concrete box into a functioning tube station entrance.

Yet, at last, signs are going up that indicate that the entrance is in the final stages of being readied for paying passengers.

The entrance down at the Waterloo & City line platforms has looks increasingly finished. 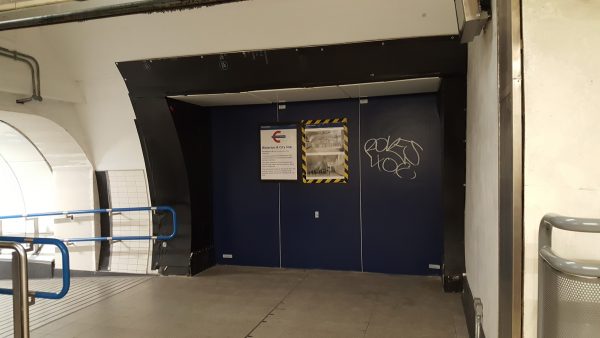 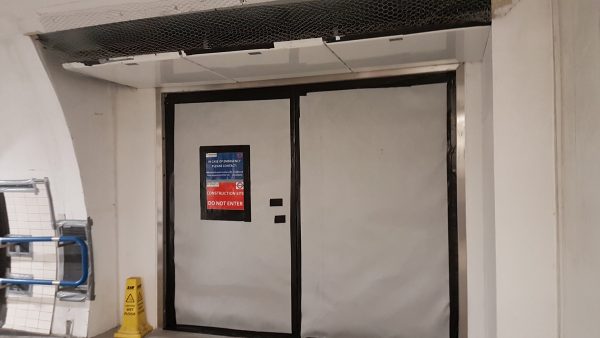 Up at street level, modest changes have taken place outside the station. 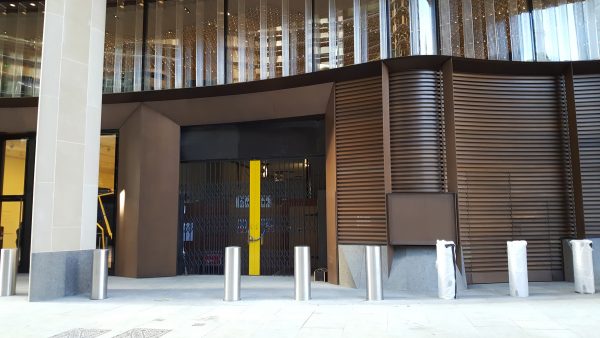 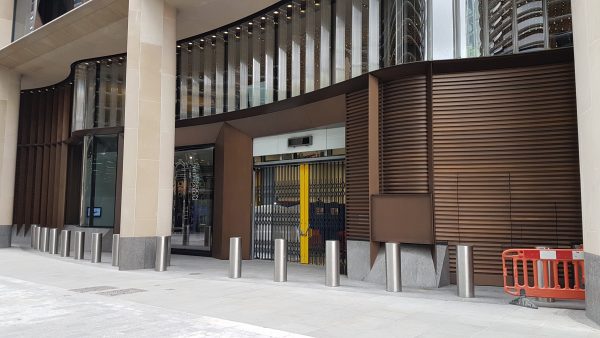 This pole which has long been suspiciously like it’s in need of a tube roundel, has now gained one. 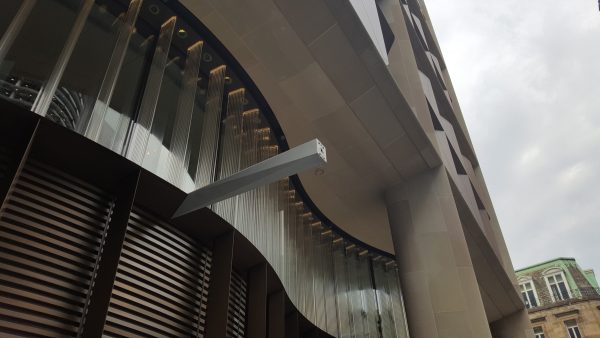 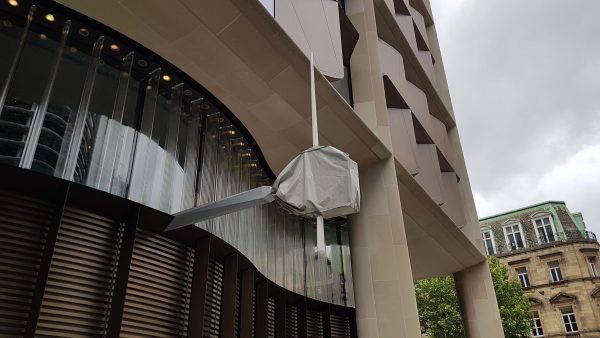 Inside the station, as seen from the outside, they look like they are in the finishing off stage. 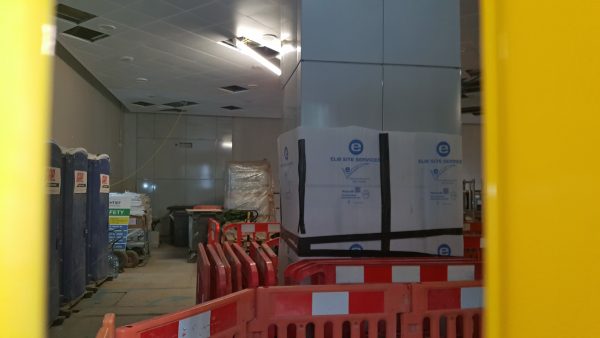 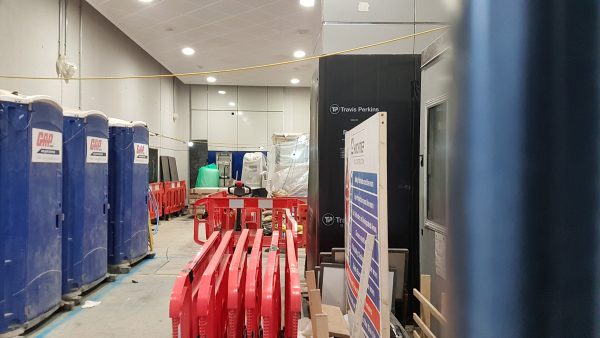 It’s been a very long time coming, but the £30 million new entrance for Bank tube station looks like it is at last on its final approach to opening. In a few weeks time, this is what will greet people using the Waterloo & City line to get up to street level. 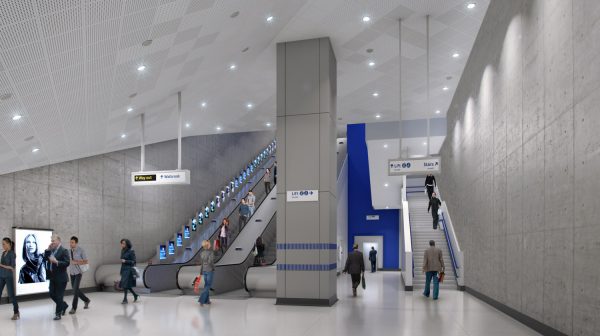