New artworks installed by Crossrail in the Elizabeth line stations

The fabrication and installation of five of the artworks being integrated into the new Elizabeth line stations in central London is now underway, ahead of the opening of the railway this December. Each artist is working with the station architects and engineers to create ambitious works that are woven into the structure of each station and reflect the unique character of the local area.

The Crossrail Art Programme is also entirely privately funded. The Crossrail Art Foundation is raising funds from corporate contributors, with match funding being provided by the City of London.

The new images show work underway on three of the stations:

Paddington station: A Cloud Index by Spencer Finch, sponsored by City of London and Heathrow. US artist Finch has paid tribute to the UK’s fascination with the weather by creating a cloudscape that has been printed into the station’s showpiece – the 120m long glass canopy. 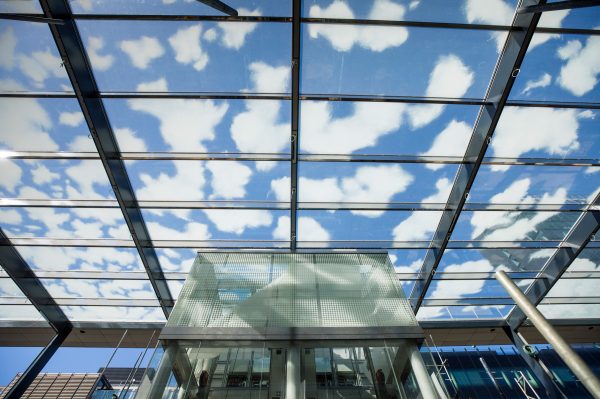 Tottenham Court Road station: By Richard Wright, sponsored by City of London, and Almacantar and Derwent London. Turner Prize winner Wright’s intricate geometric pattern, painted in gold leaf on the concrete ceiling above the station’s eastern escalator, transforms the interior of the station. 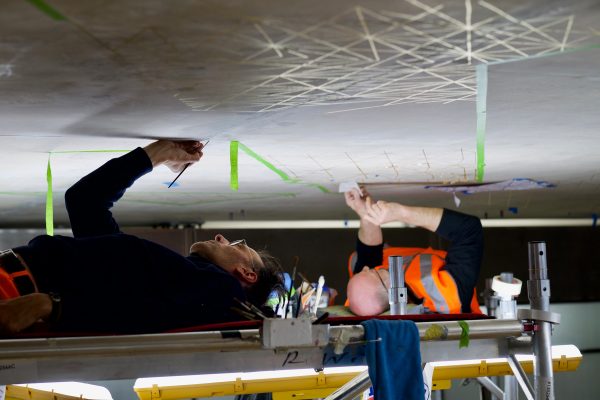 Farringdon station: Avalanche and Spectre by Simon Periton, sponsored by City of London and Goldman Sachs. Periton’s two artworks, in the eastern and western ticket halls, root the station in its history. On Cowcross Street, giant tumbling gems appear to roll down around the interior of the western ticket hall. At the eastern ticket hall near the Barbican, a curvaceous pattern, inspired by the ironwork of Smithfield Market, has been printed onto the glazing above the station entrance. 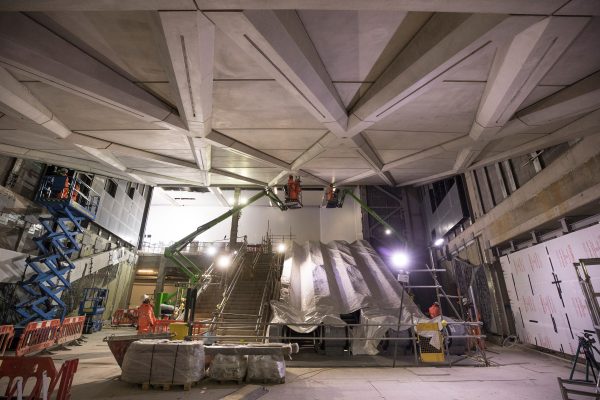 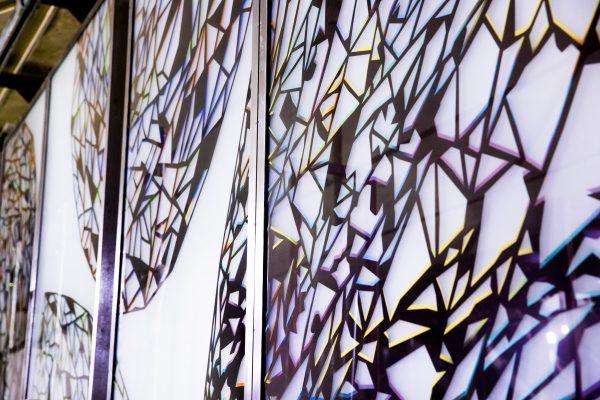 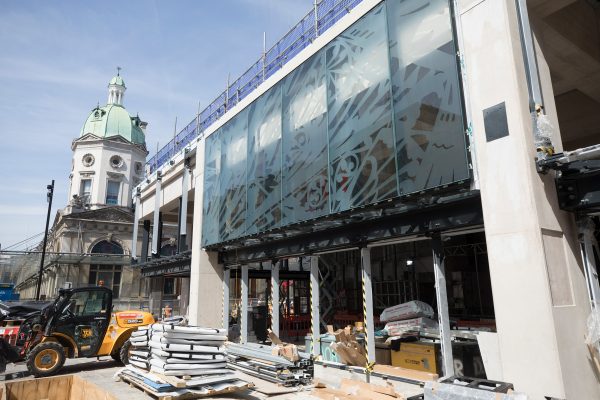 Construction of the Elizabeth line is now in its final stages. The stations are being fitted out with remaining artworks, architectural finishes and mechanical and electrical equipment, whilst the new Elizabeth line trains are being tested between Abbey Wood and Canary Wharf using the line’s new automatic train control system. Later this year, the first completed infrastructure will be handed over to Transport for London, who will lead the trial operations and commissioning phase ahead of the opening of the Elizabeth line in December.