Opposite the glass and steel head office of Channel 4 television is a brick building with a very distinctive weather vane on the roof in the form of a Scottish bagpipe player.

The building it occupies dates from 1988, but within is the original drill hall that was erected around the 1880s and was preserved as it is an early example of Victorian ironwork. It is in this drill hall, that two walkways running around the upper floors contain a very comprehensive museum of the regiment. 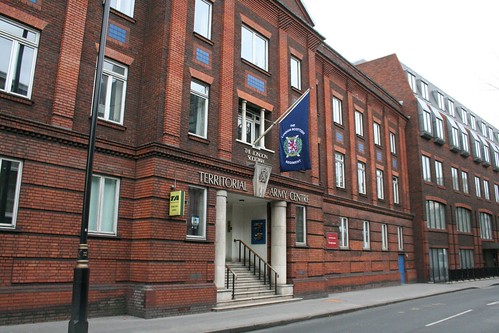 The regiment itself – although today called the London Scottish has a very long and frankly, confusing history, which I will totally skip over, but you can try to keep up with it here.

Suffice to say though, that the regiment was originally founded in 1859 as part of a Volunteer Force that was sponsored by two local organisations that helped Scots living in London. Initially, the London Scottish Rifle Volunteers was under the command of Lt Col Lord Elcho.

The regimental tartan is known as Elcho tartan and Hodden Grey in colour. Lord Elcho clothed the regiment in Hodden Grey, the homespun cloth known throughout Scotland as this avoided all clan disputes on the subject of tartan and, as Lord Elcho said “A soldier is a man hunter. As a deer stalker chooses the least visible of colours, so ought a soldier to be clad.”

It has also been suggested that there may have been a batch of unwanted fabric in that colour and was a cheap purchase – but who knows! Apparently the same happened when the RAF was founded, which really doesn’t surprise me.

As the drill hall, and the museum which looks down on it are within a military building, it is one of those museums you have to arrange to visit, and I am delighted to say that the curator gives an incredibly good tour around the place.

Going into the building, there is a bit of a flourish as two doors are opened to reveal the drill hall with multi-story walkways – which size apart do remind me slightly of Victorian trading halls. The most significant item is the memorial to those who died in World War 2. 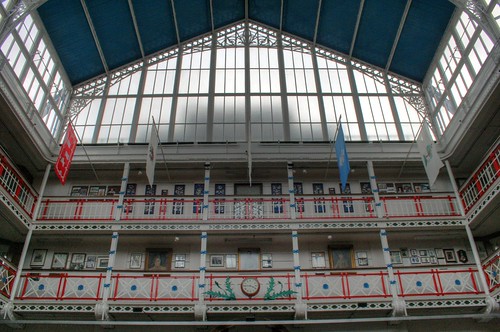 A smaller memorial to those who died in WW1 includes the names of the other members of the regiment who survived, and thus, sadly and uniquely, the regiment has two memorials where the same person appears in each of them – once alive, and once dead. 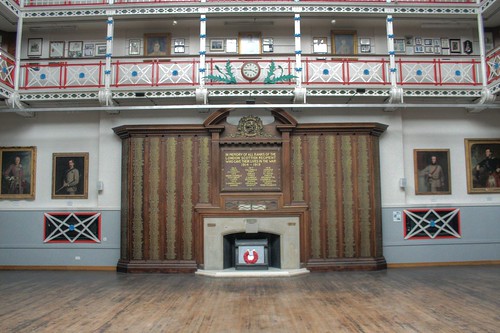 It’s a regimental museum, so you expect, and get lots of paintings around the room, including a recreation of a tragic battle where the regiment was badly let down by cheap weapons and suffered serious losses.

It’s the narrow walkway around the two upper floors though that contain the main museum, which is laid out in glass cases with relics from various battles and records of the regiment’s history. 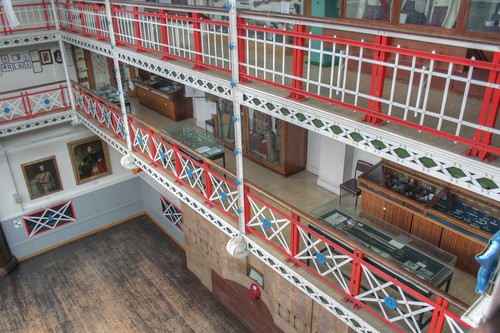 An entire display is given over to their Victoria Cross awards, and they have three of them, which is pretty good for a single regiment.

Being a regiment with a lengthy history, the artefacts range all the way from the end of the gentleman soldier to the modern day army in Afghanistan. Oh, and a hobby horse’s head – from when they used to have annual children’s parties before modern Child Protection laws made it impractical.

I think I was there for about 90 minutes in total, going on a general look around and chatting as we walked past the displays. 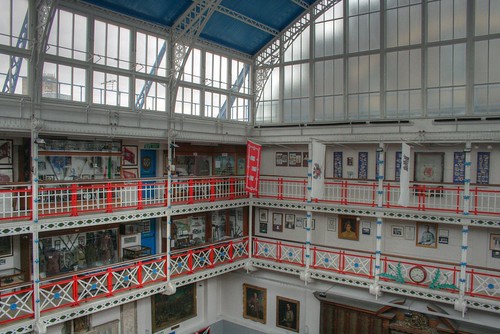 I can say that I really enjoyed the look around and am very pleased I visited. A student of military history would probably be able to spend half a day there – if allowed – such is the size of the museum collection.

We also diverted into the library, which is small but has that lovely smell of old books, and a quick look in the closed bar. Do all clubrooms in military establishments have blue carpets, or is it just an oddity that the ones I visit do?

Unsurprisingly for a large hall just a few minutes walk from Whitehall, they do a good bit of trade in hiring the hall out for press conferences, and the occasional TV show – Question Time has used it. The building isn’t actually owned by the Ministry of Defence, but by the Regimental Trust, so any funds from hiring it for an event go to the charitable trust.

Visits are restricted due to being in a military building, and you are advised to phone them on 020 7630 1639 to request a visit. The curator is a volunteer and is only available a couple of afternoons a week, so be flexible when asking for dates/times. 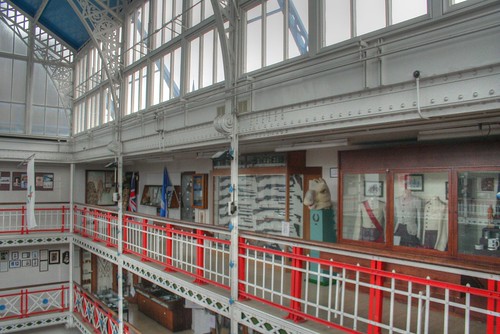