The first batch of general tours take place later this year, and the Transport Museum indicated that it might be possible to do more in the future. Now TfL is holding a public consultation on what needs to be done to make that future come into reality. 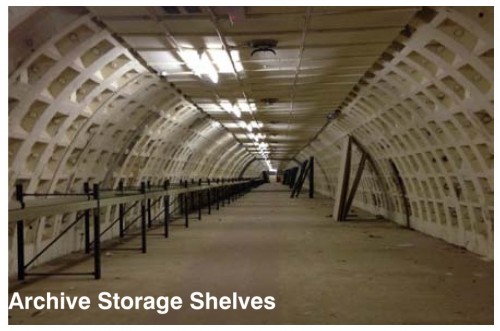 Currently, access to the deep level shelters underneath Clapham Common is via a round tower, known as the rotunda, which are somewhat run-down, and prone to graffiti.

Under the new plans, the rotunda by South Clapham tube station will become an exhibition gallery showing off the history of the shelter deep underground. To fund this, they aim to build a cafe type building next to the rotunda, and possibly enable access to the roof for high-level seating. 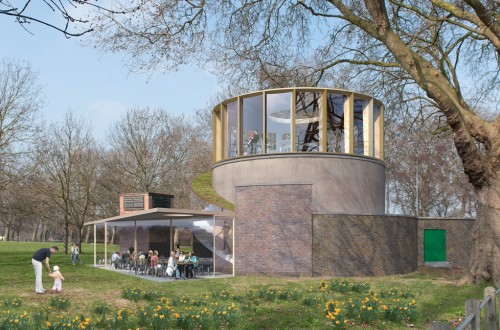 An artist’s impression of what the rotunda could look like. ©TfL

That cafe is essential to fund the necessary facilities, such as toilets, storage and refurbishing the surface access — so more public tours are contingent on the cafe, or something similar being built.

There will be public exhibitions at the rotunda to show the plans on the following dates:

A planning application is expected to be submitted to Lambeth Council in late summer 2015.

Built in 1942, the shelter was not opened to the general public until July 1944, when bombing of London intensified. It closed in May 1945 though, after barely a year of use as the blitz came to an end.

However, while famous as a war time shelter, most of the deep tunnels saw most of their use in the years shortly after the war — as hotels.

Immigrants in 1948 were housed in the shelters, while they offered cheap accommodation during the Festival of Britain. The tunnels and Rotunda were bought by TfL in the 1990’s and recently used for archive storage.