Long running plans to upgrade Camden tube station have made a step closer to realisation with another consultation for the public to comment on.

At the moment, Camden tube station suffers from serious overcrowding, especially at weekends. There were highly controversial plans some years ago to demolish most of the current station building, but these were blocked.

Now, London Underground has come back with a new proposal which will see the existing entrance left alone, and an entirely new entrance built at the other end of the deep tube platforms.

Not only will that create the extra capacity needed at the tube station, it should help to reduce some capacity issues on the pavements outside the current entrance by splitting the customer flow in half. 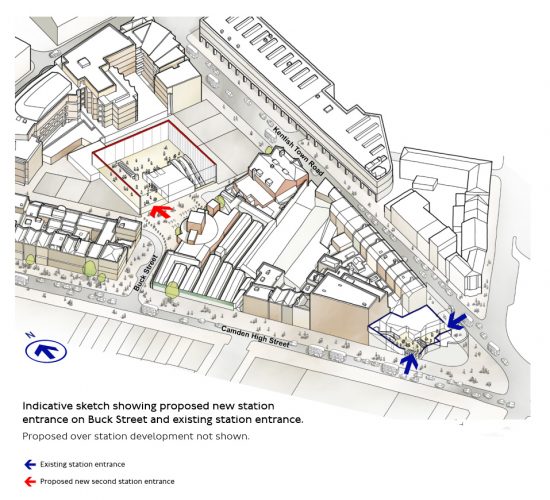 If the plans are approved, then the new entrance will be added at the north end of Camden, nearer to Camden Lock. At the moment, around 70% of the people using the existing exit head north anyway, so it’s expected that the majority will switch to the new entrance when it opens.

Deep down at the platform level, a new central concourse would create new access to each of the four platforms, which would reduce congestion at important points throughout the station. 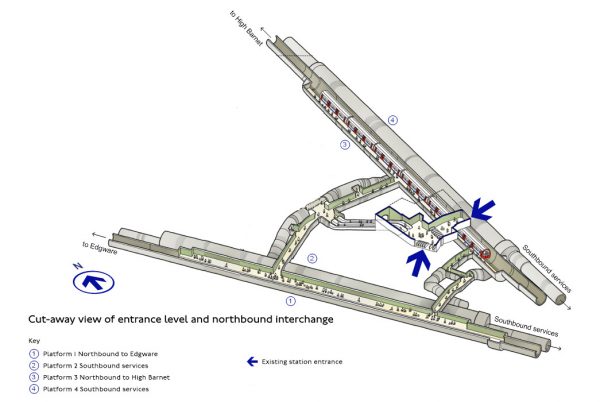 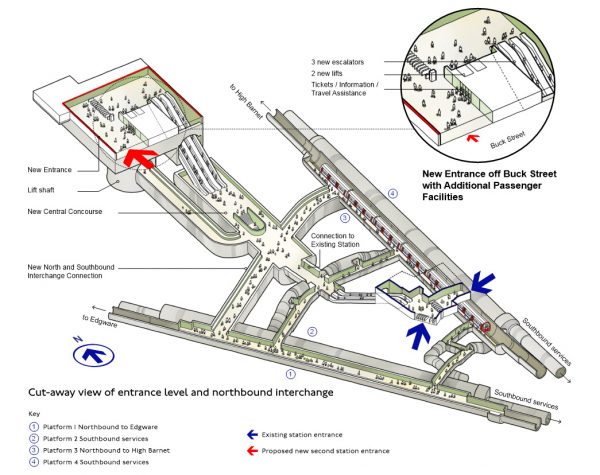 The scheme will triple the size of the station, and should future-proof the station for the next 60 years, on current population growth predictions.

There will be a public exhibition at Trinity United Reformed Church, Buck Street, NW1 8NJ at the times below.

Construction is expected to start in 2020 and take around four years to complete.

The total cost of the upgrade is put at around £250 million.