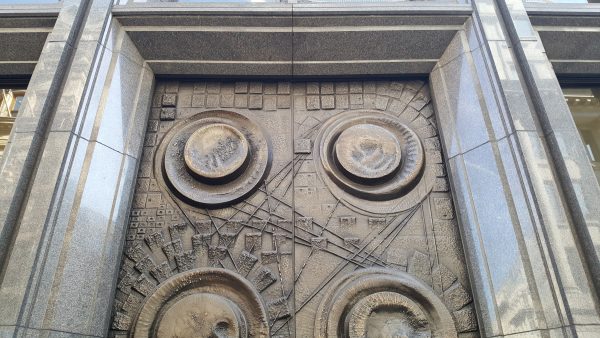 Just a couple of doors from the back of the Bank of England can be found another bank, the 200(ish) year old Brown Shipley & Co, and a frontage that is one of the great delights of the area, if you’re into that sort of thing of course.

The building was constructed in 1973-5 by Fitzroy Robinson & Partners for the bank and is a fantastic 1970s era interpretation of 19th century commercial building designs.

The frontage is lined with a dramatic dark granite frame and the era’s typical reflective surfaces of its bronze-anodized windows are enhanced by the ground-floor’s massive bronze doors and bronze window screens.

If passing during the week, the window screens might catch your attention – thickly decorated reliefs in bronzed railings. 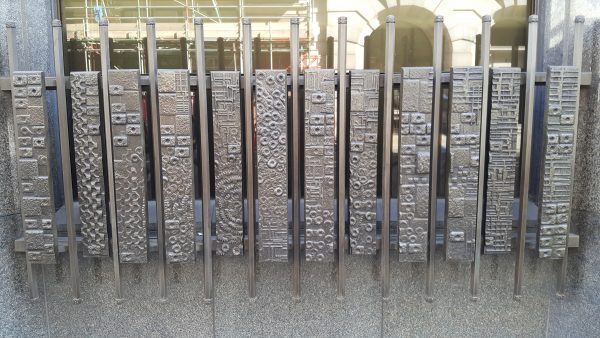 However, it’s at the weekend, or evenings that the building really stands out, when the doors are firmly shut, and ever so very visible. Massive imperial might that obsesses in detail and wealth in a way that is so rarely emulated today.

If you wanted a strong set of doors to convey confidence and the stability and security of a bank, these accomplish it in spades. The doors unsurprisingly weigh over a ton each. 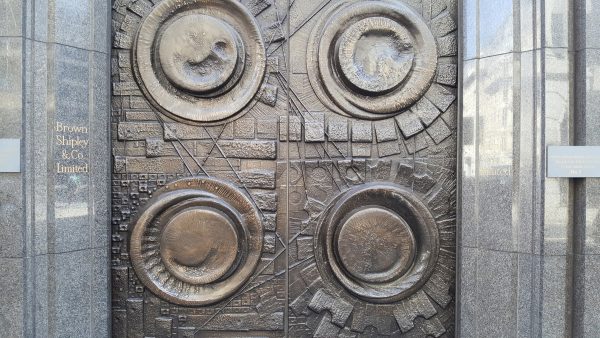 The thick reliefs on the doors encourage touch and the heavy sculpted bronze is surprisingly smooth to the touch. Both the window railings and the doors are by the sculptor John Poole, who is better known for his more religious works mainly in the Birmingham area. 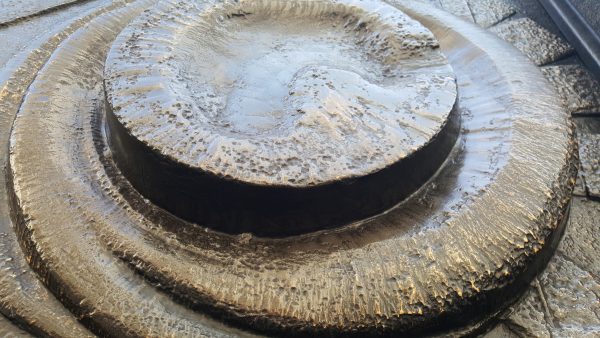 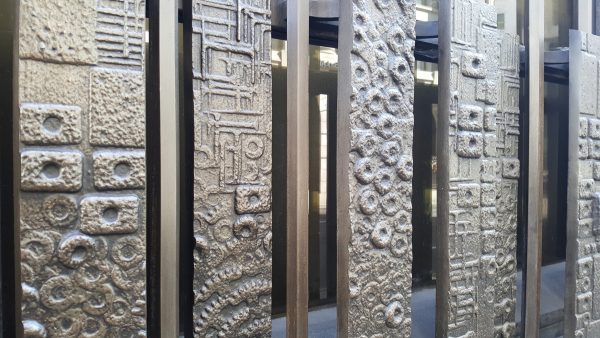 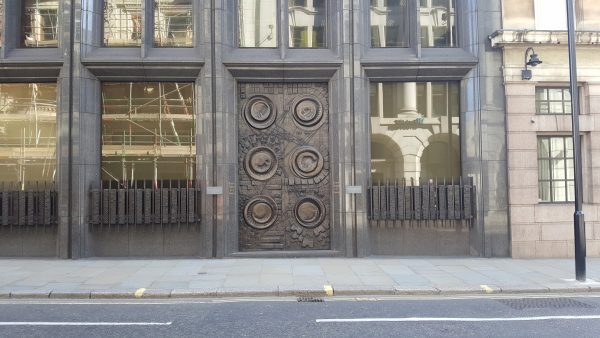 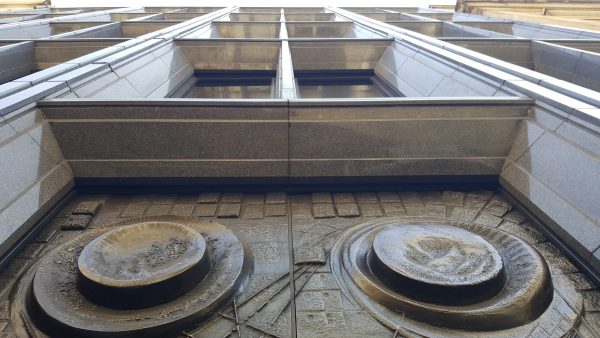