Apart from the political transformation, revolutions often throw up blasts of cultural output as repressed people explode in a frenzy of creativity. Such a moment is taking place across Central Asia, and a modest exhibition opened recently in Central London to show off some of the results.

The exhibition, City Nomads is a display of contemporary Kazakhstani creative talents emerging in an era of newfound independence.

The objects on display embody a shared desire to search for a new identity through an investigation of the pre-Soviet Kazakh nomadic roots. For the current generation, there is no iron curtain between Kazakhstan and the rest of the world. They own instruments offered by global society, access to which had previously been prohibited and punishable by law. 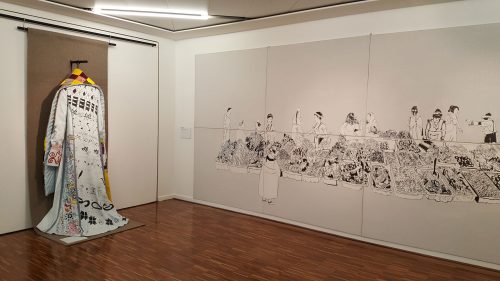 The result is a fusion of pre-Soviet nomadic art and modern culture. Blending of American jeans with Kazakh art, or local wood used for an iPhone case.

Felt is the dominant fabric, being used for a collapsible chair, or a house, and as such it supports the use of bold vivid colours, or even where gray is used, the flat palette offers a contrast to the copper supports. 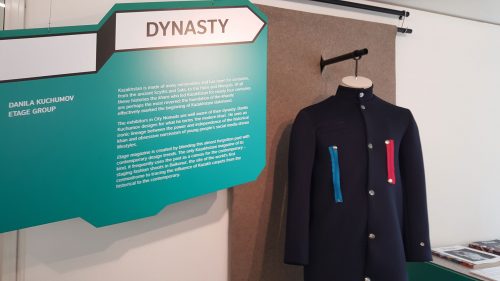 Unusually for an art exhibition, the display boards around the exhibition are actually informative, and lack the tediously dense arty waffle that dominates modern art, explaining how and why some objects are the way they are.

Do notice the display stands though, the cast brickwork bases were created especially for the exhibition. An often overlooked little detail. 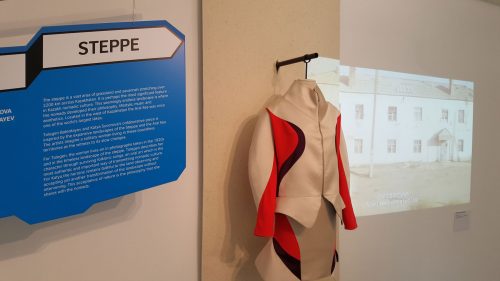 I would struggle to say this is an exhibition to take a special trip to go and visit, but it is a good “hidden gem” to show off to friends, especially as the location is right next to Trafalgar Square, yet also hidden from casual sight by being on a little used side road. 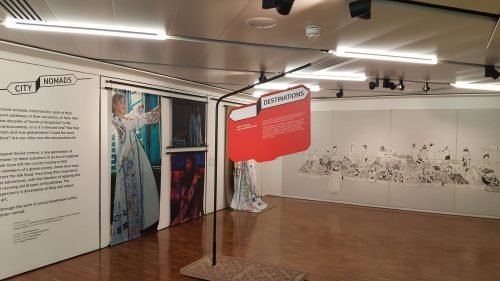 The exhibition is open until 23rd September, 10am-5pm, Mon-Friday at the British Council.

Entry is free – a lot more detail about the objects on display is here.