You might have noticed, if you are in the area, that a large number of banners looking rather odd have gone up in the West End. It’s not a cryptic advert, but part of celebrations to mark the Royal Academy’s 250th anniversary.

Over 200 flags designed by four artists are decorating the streets of West End including Regent Street and St James. 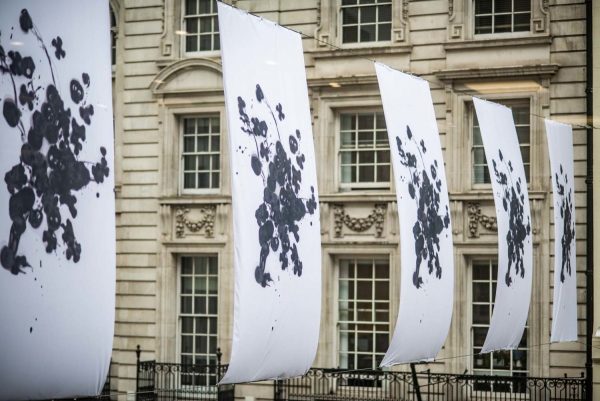 The huge banners have been designed by Cornelia Parker, Grayson Perry, Joe Tilson and Rose Wylie.

On Regent Street, the Crown Estate is displaying 100 flags designed by pop-artist Joe Tilson, whose flags take inspiration from the historical architecture and churches of Venice, a theme he has been exploring for the past ten years. 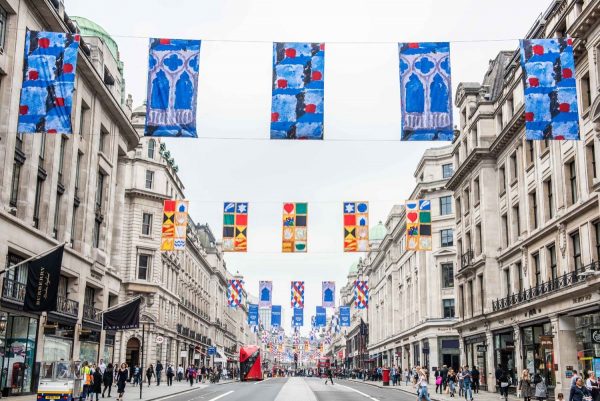 Cornelia Parker’s designs in St James’s are said to be taken from her One Day This Glass Will Break series, which takes the familiar every day object and pushes it to point of abstraction.

On Piccadilly, 30 flags designed by Grayson Perry have been put up. The artist said he wanted his designs to “be like a series of doodles and sketches that just came about spontaneously”.

Rose Wylie decided to use details of her recent Lolita’s House series for the flags of Bond Street. The title references a house across the street from Wylie’s Kent home in the 1970s, where the neighbour’s teenage daughter would often wash their car in the driveway.

The flags are expected to up until August. 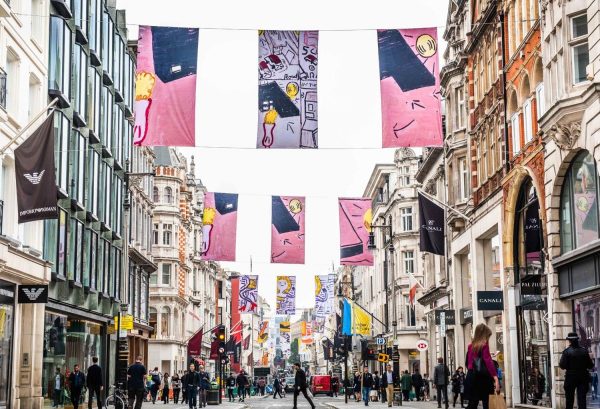