Published 23 May 2012 by Events and Tours, Museums, Transport News

London’s underground railway can not unreasonably be summed up in two icons – tube trains and that famous map.

Now the Transport Museum has put on a display of the famous tube map, from its early days through the Becks innovation and onto recent ideas and more arty interpretations.

Contrary to some popular opinion, Harry Beck did not invent the idea of a schematic map, as those had been around on overland railways for some years. However, he did come up with the innovation of enlarging the central section and shrinking the gaps between stations on the suburbs.

This made it possible to print the map in a pocket sized format that didn’t need to be unfolded to be understood. 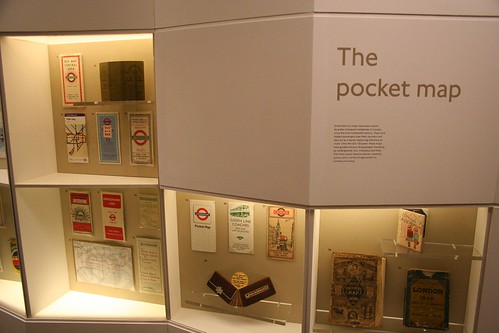 The ground floor has some of those huge pre-becks maps, and also an array of the more artistic representations from a time when the tube was pushing out into the countryside and selling its service as a way to buy an affordable country cottage and still be able to commute into London.

Of course, those early posters neglected to tell you that the field you are overlooking is itself soon to be a housing estate. 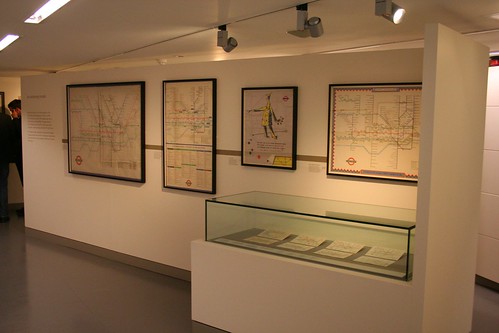 Upstairs, a collection of those early pocket maps is shown and some of the modern maps for comparison, but also a single display by Maxell Roberts.

It’s up here that you can find an updated version of The Great Bear and a few other more arty representations.

My favourite was this cartoon of The Queen demanding the Thames be but back on the tube map — you may recall that controversy. It’s a modern rendering of an old painting of Liz’s predecessor bestriding England. 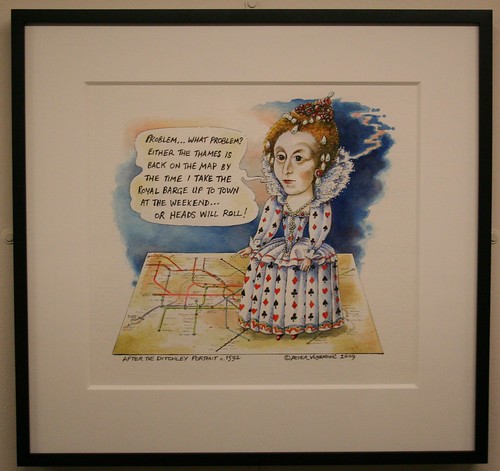 You are supposed to go into the display on the ground floor then rise upwards to the more modern maps, although I did it backwards and frankly it didn’t bother me in the slightest to be contrary about it.

The exhibition is open until 28 October 2012 and is included in the cost of entry to the museum. 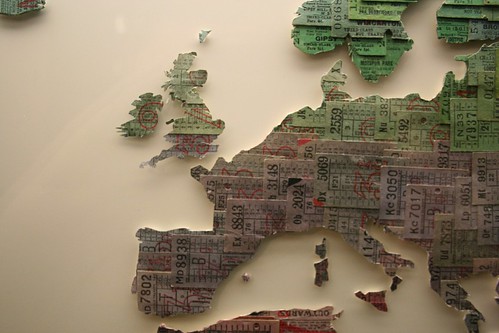