The Museum of London has recently acquired a mysterious and highly unusual piece of manuscript evidence believed to be direct reportage from a House of Commons committee investigating the causes of the Great Fire. 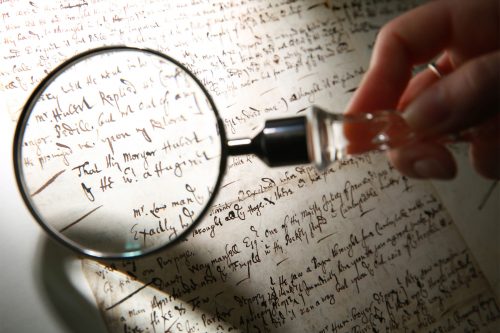 The hastily penned two-and-a-half page document by an unknown writer appears to have been drafted from a verbal report presented to the House of Commons on 22 January 1667 by Sir Robert Brooks, Chairman of the parliamentary committee established in September 1666 to investigate the origins of the fire.

Although the writer is unknown, the Museum says that the clumsy phrasing and a range of phonetic spellings including ‘Frinch’ instead of ‘French’ and ‘marchant’ rather than ‘merchant’ do suggest that they had a very pronounced regional accent and were not particularly well schooled.

Considering the origin of the fire, it’s apt that The Worshipful Company of Bakers supported the museum in acquiring the document. 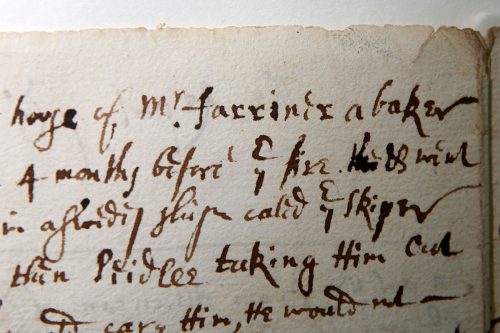 There was much salacious gossip surrounding the origins of the Great Fire in its immediate aftermath and many thought the fire was a Catholic plot to destroy London. The official government investigation and Brooks’ report detailing what happened and who was responsible was therefore of great significance.

The manuscript details 17 depositions including those of Thomas Farriner, the owner of the bakery on Pudding Lane where the fire began, and Robert Hubert, the Frenchman who confessed to and was ultimately hanged for starting the fire on 27 October 1666. It is not clear if Hubert, a presumed Catholic, did indeed start the fire and the judges at his trial doubted his guilt, thinking he might be mad. All evidence today points to the fire being an accident.

Many unofficial printed versions of Brooks’ report, derived from handwritten notes such as these, were distributed to satisfy people’s interest. This original manuscript, the phrasing of which differs from the printed versions in many places, is probably the only surviving handwritten copy of the Committee’s findings. The statement ‘That this Monsyer Hubert, lived a Papest & died one: all though if ever given out ye He was a Huginet….’ is not found in the published versions and appears to be unique to this scribed report. 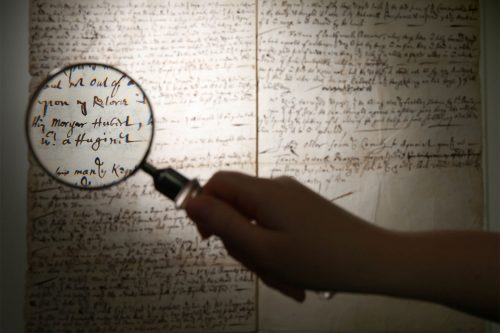 Visitors to the Museum of London’s Fire! Fire! exhibition will be able to examine the document for themselves when it goes on show from Friday 21 October.

NEWSLETTER
Tagged with: great fire of london, Museum of London