I didn’t know they existed until I nearly walked into them a couple of weeks ago, and their representation of my only favourite sport captured my attention. 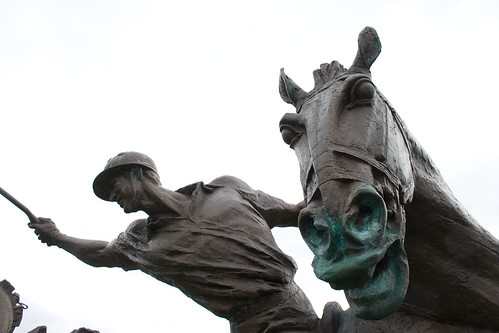 The set of bronzes are known as China-UK Friendship Polo Match by the Chinese artist, Huang Jian, and were installed just before the Olympics last year. This is just a temporary home for them, as the long term plan is that they will move a few miles to the Olympic Park once it reopens to the public.

This is the second set made by the artist, and the intention is that one will be made for each future Olympics until…. well, the inevitable. 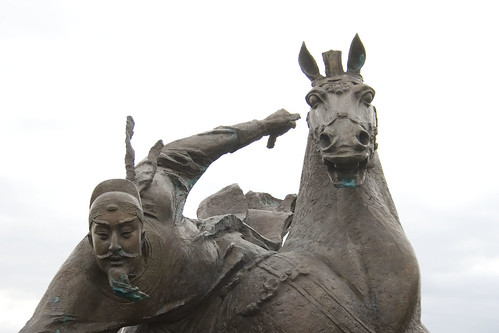 Apart from how the different players represent modern polo and its ancient counterpart, what I particularly like is how the bronzes have weathered, especially around the mouths and flanks of the horses.

The oxidization vividly representing the sweat and spittle the ponies express during a match. 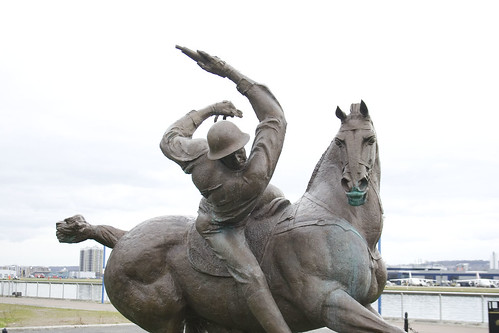 Polo used to be an Olympic sport, and there is a residual campaign to have it reinstated.

As location (map link) next to the vast docks it fits quite well actually, as Polo is a sport played on large open fields, so this subtly felt more appropriate sitting in a wide open space. If squashed in to an urban landscape, the wildness of the sport would have been diminished.

I found sitting next to the docks watching the aircraft doing their thing a few hundred yards away quite relaxing. 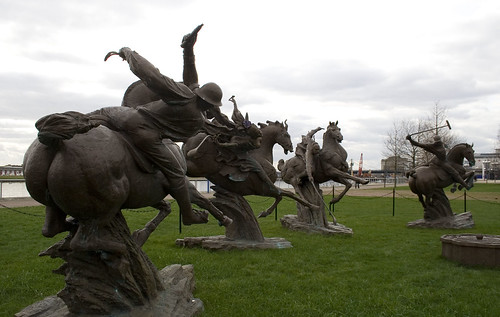