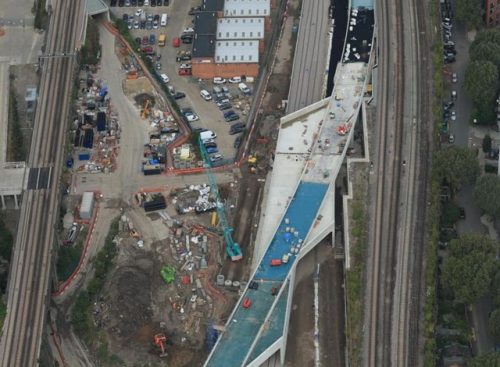 Historically, trains from Kent had to cross the tracks into London Bridge station used by Southern and Thameslink trains. Just like crossing a busy road junction, this caused delays — of which London Bridge users will be amply familiar with.

The Bermondsey Diveunder will remove that, by allowing Southeastern trains travelling from Kent to ‘dive under’ the Sussex lines used by Southern and Thameslink trains.

You can read more about it from a previous site visit — which also uncovered the remains of the long lost Southwark Park station.

The first stage is set to open at the end of this year, with the entire rebuilding of the junction due to be completed in 2018. The first tracks through the Bermondsey Dive Under were laid last week using Balfour Beatty’s New Track Construction (NTC) machine.

In order to carry out the last works to join up the new tracks, there will be some changes to Southeastern services over the Christmas period, including on Christmas Eve.

Passengers will be able to use the first tracks from the early hours of 27 December.

In theory. Long-suffering commuters might be relieved to note that the 27th Dec is a Bank Holiday, so there’s an extra day to pick up the pieces if something goes wrong before commuters arrive en-mass to use the line. 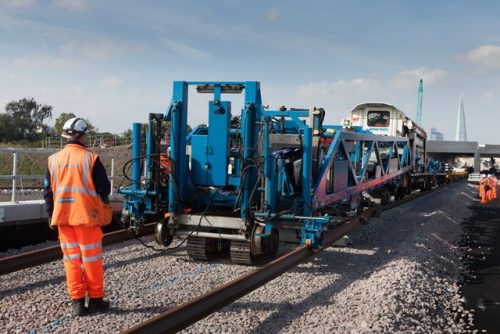 Looking far ahead, if you can book your holidays now, then the eight days around the 2017 August Bank Holiday would be a good time not to be using London Bridge, as there will be major disruptions.