This year marks the 50th anniversary of the partial decriminalisation of homosexuality between men, and the British Library is taking a look at the literary side of gay love.

It’s not that long since men could be put to death for being gay in Britain, and even less since it would see a person sent to jail, or probably worse, to the psychiatrist for re-education.

Starting with the obvious, Oscar Wilde the exhibition runs through the underground language of male and female sexual novels, up to the more open expressions which started to emerge in the 50s, and eventually, decriminalisation in 1967. 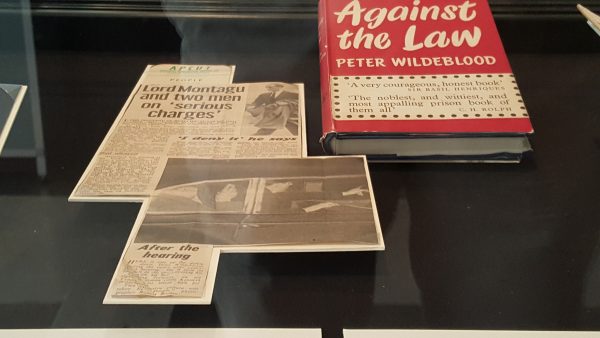 What was a perversion, a disease, a problem to be hushed up or sent to the doctors became almost overnight, a political battleground.

The display mentions moments in history that many might not even know took place, such as John Gielgud’s indiscretion in 1953. Terrified his career was over, his first stage appearance was to a standing ovation. Public opinion, at least within cultural circles was more relaxed than the law permitted it to be.

It was the publication of the Wolfenden report in 1957 that opened the door to partial decriminalisation, and a decade later, the bill, which is on display, was passed by Parliament.

Coming in the aftermath of the “Summer of Love”, the gay explosion in the 1970s darkened in the 1980s with the arrival of HIV, but started to fade into what could be considered, conventionality in the 1990s onwards. 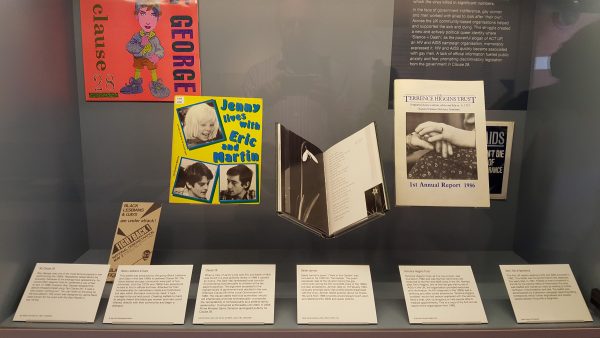 A small section is from the counter groups who felt that gay culture was too commercial, too oriented towards consumerism. Now, I am no fan of their alternative vision either, but as a young man in Slough reading about the shiny lights of London in Time Out, being gay seemed to require a prodigious amount of affection for nightclubs and drag queens. Nothing else existed apparently, which was rather offputting. 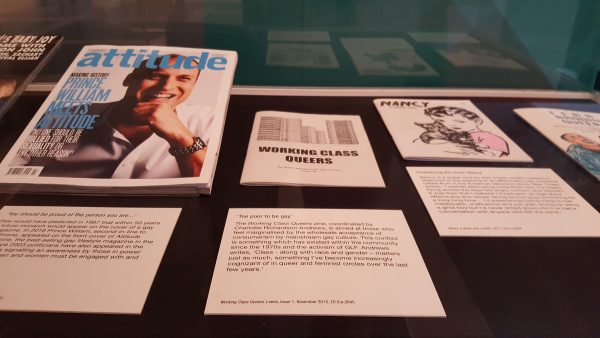 Can’t really understand all the fuss kicked up by some elements of society who would never want to step foot in a gay bar, yet want to ban them. We all have the right to dislike things, but to use the power of the state to control people’s lives is a step too far.

Maybe that’s the lesson of the exhibition, how far we’ve come, but after 50 years, how much further we still need to go.

And as topical news reminds us, Northern Ireland is still an equality backwater. 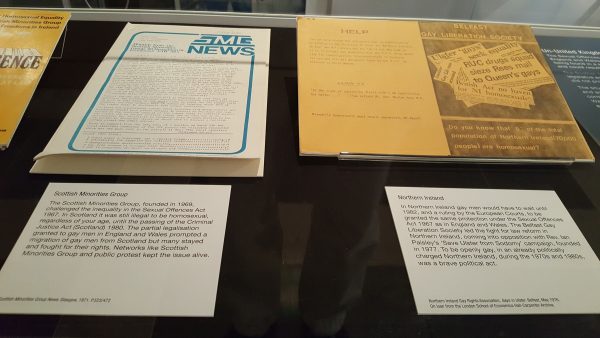 The exhibition, Gay UK: Love, Law and Liberty is open at the British Library until 19th September. Entry is free. 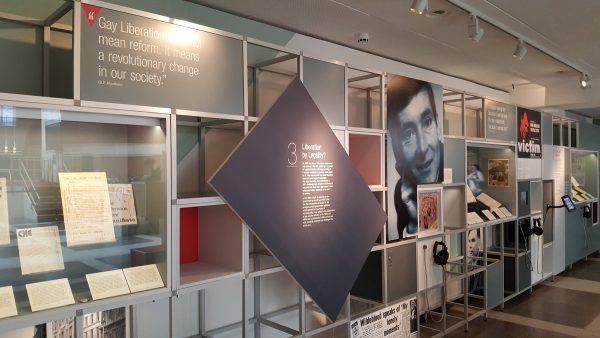