Look out for a tube map decorated freight train

If you were waiting for a train in select parts of London around lunchtime today, you might have seen a locomotive covered in a tube map pulling some carriages, and two Sir Peter Hendys.

Nope, they haven’t cloned the boss of Transport for London, but named a locomotive after him — so the train, pulled by the tube map covered engine was accompanied by the head of TfL, and his locomotive namesake.

The locomotives are operated by GB Railfreight, who pull the huge heavy cargo trains you may see passing across the rail network in London.

The naming ceremony marked a number of events, the 150th anniversary of the London Underground, and to celebrate GB Railfreight’s new partnership with London Transport Museum.

One train got the name of the Transport Commissioner, and the other, which has been named Harry Beck after the tube map pioneer got a new livery.

As usual with these things, lots of speeches at Victoria Station, and Sir Peter expressed a view that the naming event was more about TfL as a whole rather than himself personally. 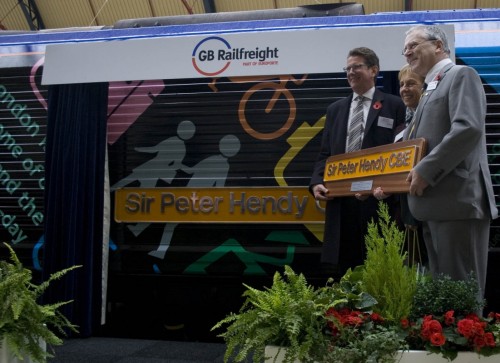 At the other end of the train stood the other locomotive, which adopted Harry Beck’s name in 2007 but under a generic paint-job has been repainted. On one side is the modern map, and on the other a recreation of the original Beck design.

Although these are freight trains, they can occasionally be seen on the London Underground, as they fit on the sub-surface lines, and TfL has a contract to use them for heavy maintenance transport works — so you might see them on the Underground occasionally.

It’s also apt, as the locomotives will be hauling Crossrail soil from the tunnels out to Gravesend. 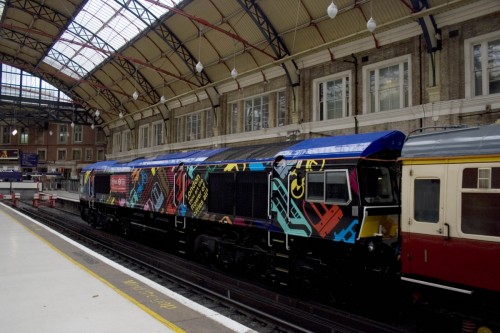 Ceremonials out of the way, a chance to take a ride in the trains on a trip around London, darting between freight and passenger lines as needed.

John Smith, Managing Director of GBRf made an interesting comment that when a passenger train is delayed, a thousand voters get upset — when a freight train is delayed, just a few customers get upset. So freight, which is pretty important lacks much political clout to argue for rail improvements.

And it was certainly thought provoking as we stopped on our tour at times to let a passenger train pass how much freight is possibly delayed — by the sheer lack of track capacity to carry it.

However, one of the curious delights of the rail network are the odd little loops and connections that enable freight trains to get around otherwise seemingly disparate passenger lines.

The route we took was marked out on a mock “tube map” on the doors, and I am sure railway geeks will be able to work out the exact route and spot any especially remarkable crossovers or the like we might have used.

Should you be interested, the Harry Beck locomotive number is 66721. The Sir Peter Hendy locomotive is numbered 66718.

Thanks to the Transport Museum for the invite, and GBRf for the train trip. 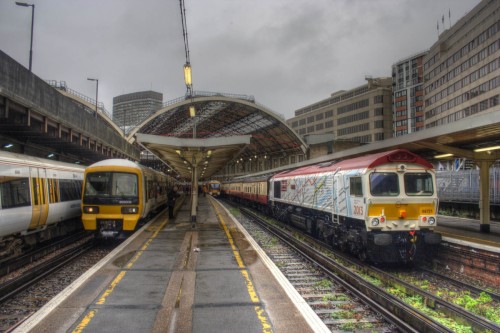 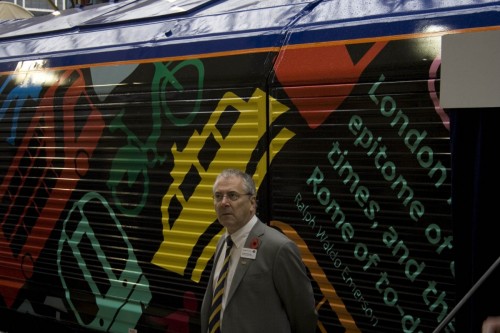 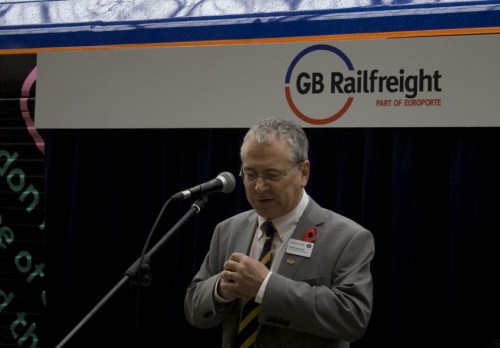 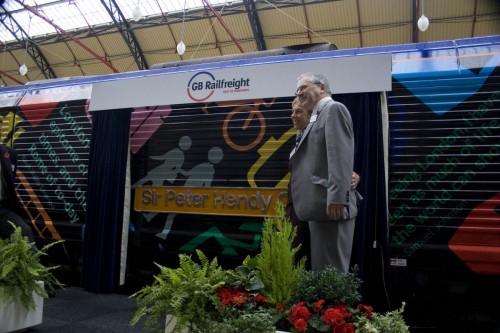 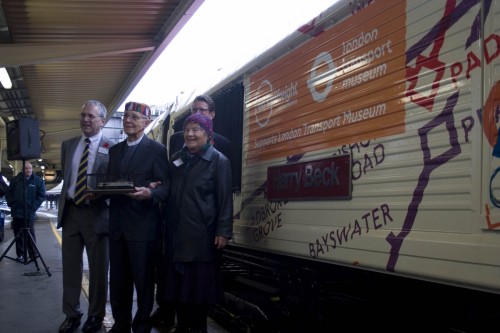 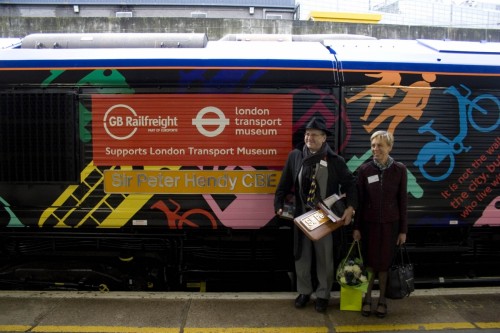