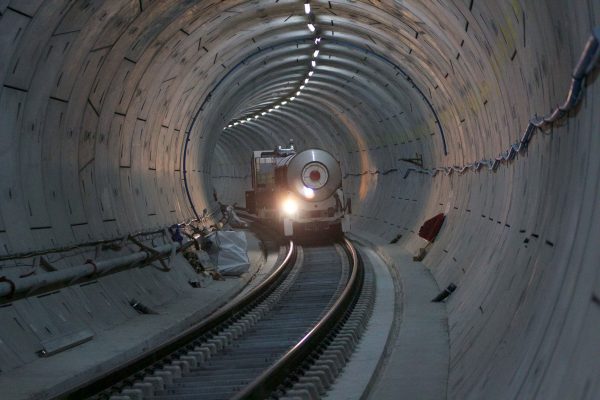 Photos – Fit-out of the Crossrail tunnels

More than 25% of all London Underground signal failures over the last four years have occurred on the District line. SW Londoner

Rail users travelling to London over the bank holiday weekend faced disruption due to planned work to upgrade the tracks for Crossrail. BBC News

A new train depot for the Elizabeth line has been commissioned, ahead of it being needed for the partial take-over of services into Heathrow later this month. IanVisits

Southeastern commuters travelling through Hither Green have taken to Twitter to complain about a freight train “taking priority”. NewsShopper

A third and possibly final consultation is opening on plans to build a new rail link that will allow direct connections between Reading and Heathrow Airport. IanVisits

And finally, Isle of Wight’s 1938 era tube trains could be replaced within two years IWCP

Image above is from July 2016: Photos – Fit-out of the Crossrail tunnels