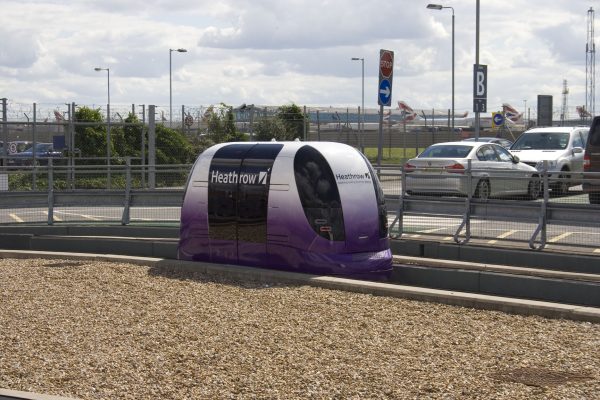 A look at the western line of Crossrail LondonReconnections

The transport secretary is being threatened with legal action if firms running East Coast mainline trains are allowed to bid for future contracts. BBC News

A four-day strike planned on the DLR has been called off. Romford Recorder

There should be a major train junction under Oxford Circus acting as the centre point of a large double-loop tube line, had plans shown off in 1988 gone ahead. IanVisits

A four-year-old boy with a rare form of dementia is fronting a poster campaign to promote awareness of the condition. BBC News

The disused platform at Gloucester Road Underground station is set to get a major new art exhibition, with the first public commission by the British artist Heather Phillipson. IanVisits

And finally, a modern couple who bought a new aesthetic to 1930s poster art Transport Museum

Image above is from August 2012: A trip in Heathrow’s driverless transit system