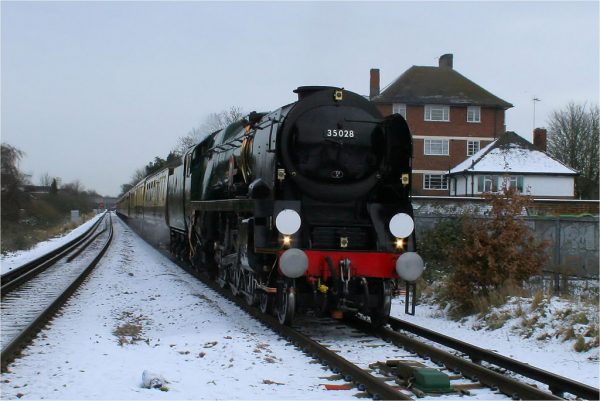 Steam Train in the Snow

Greggs debuts on the Tube with opening in Westminster Evening Standard

An artist who is creating artwork spanning the trackside wall of the Elizabeth Line is appealing for stories from Newham’s people. Newham Recorder

Sunday night saw a first, as an Elizabeth line train entered the Crossrail tunnels under its own electric power for the first time. IanVisits

A bespoke VRF air conditioning system has been developed for the Crossrail project to provide high resilience cooling for its new underground facilities. Cooling Post

Anger and frustration over excessive car parking around Langley Railway Station was expressed at the Langley Neighbourhood Forum on Tuesday. Slough Express

Hackbridge: More trains to stop at the station after successful campaign Local Guardian

Previews of the new Thameslink service have started Diamond Geezer

A man has been jailed after threatening to stab a member of staff at Archway tube station. Islington Gazette

How The London Underground Has Affected UK Fashion And Design WaveyGarms

And finally, Romford train driver shares his story of living with a rare disease Romford Recorder

Image above is from Jan 2010: Steam Train in the Snow