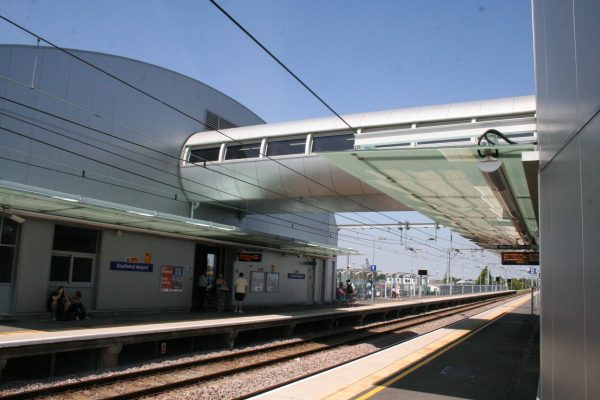 One of London’s airports gains a new train station

Tube ‘thought of the day’: The station where it started BBC News

Why is one end of a tube train more crowded than the rest? Diamond Geezer

A look at Woolwich station 1LondonBlog

Video – How does a Crossrail engineer keep his career on track? GQ

A “disastrous” new trial crowd management system at Brockley Station has left queues with hundreds of people outside the station. News Shopper

HS2 has announced the winners of its phase 1 station design contracts and the shortlisted contractors for the two London stations. NCE

A TfL events manager abused Tube staff and tried to kick a police officer after she was stopped from boarding a train home for being too drunk, Evening Standard

A man dressed as a penguin has been attacked on a train after being asked if he supported Tottenham Hotspur. ITV

An ‘inconsiderate’ commuter was outed this week after he was caught asking a blind man to move his guide dog aside – just so he could get down a London Underground escalator a bit faster. Lad Bible

The team behind plans to turn a 1.2km derelict railway line into a garden walkway are crowdfunding for building costs after a study gave it the thumbs up. Ham & High

Image above is from August 2011: One of London’s airports gains a new train station