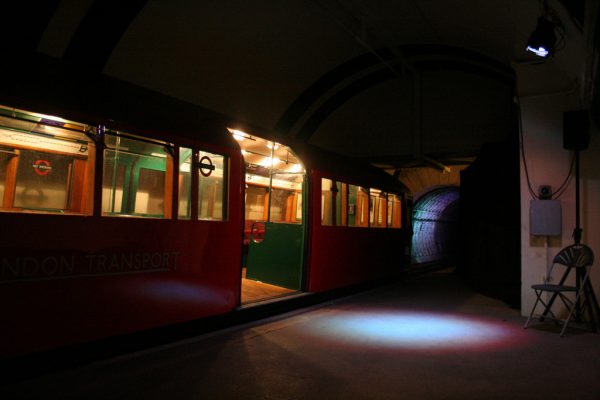 The very first train has travelled on the extension of the Northern Line to Nine Elms and Battersea. IanVisits

Services on the London Overground network have been disrupted after engineers were forced to take trains off the tracks amid “safety” fears. BBC News

Millions of rail users could be entitled to hundreds of pounds of compensation because of huge train delays. Mirror

A senior member of the British Transport Police has warned of the dangers of sex attackers targeting lone women falling asleep on the Night Tube. Evening Standard

A commuter who exploited a Transport for London ‘delay repay’ system to fraudulently claim thousands of pounds was this week sentenced. Talk Radio

The Curious Incident Of The Dog On The Northern Line Londonist

And finally, A train has been named after the creator of Paddington Bear, Michael Bond, who died last year. BBC News

Image above is from Sept 2010: The Aldwych Tube Station Blitz Experience