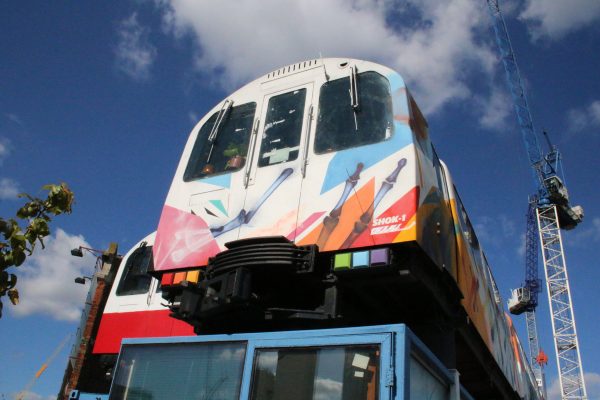 Tube drivers will go on a 24-hour strike across the entire London Underground network in a row over working conditions. BBC News

Soho vs. Crossrail: How audio post in London dealt with the noisy neighbours TVTechGlobal

A look at the Canary Wharf station Diamond Geezer

Commuters are set to benefit from additional trains as part of c2c’s timetable as it improves services for Barking passengers. B&D Post

Transport for London has confirmed plans to “review of the role of ticket offices” at London Overground stations. MayorWatch

After waiting to hear back from Sadiq Khan, campaigners for a train station in Camberwell say trying to find a commitment in his response was ‘like reading tea leaves’. Southwark News

An experiment is under way that will soon see heat from tube train tunnels being used to heat homes and businesses around parts of Islington. IanVisits

Electrocuted railway cleaner was reported to company supervisor as ‘liability’ after previous incident of falling from train, court hears Get Surrey

Access denied: wheelchair metro maps versus everyone else’s The Guardian

The maximum fares for travel in London Diamond Geezer

And finally, Meet the textiles team designing for Crossrail and the tube The Guardian

Image above is from Sept 2015: Inside Shoreditch’s Disused Tube Trains