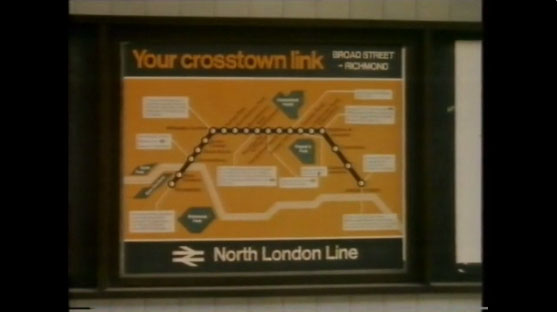 A forgotten railway… the line that starts nowhere and goes nowhere

Urgent works are to take place on a Grade II listed railway footbridge in south-west London amid claims it is at “risk of collapse”. Standard

Hundreds of thousands more Londoners will suffer chronic overcrowding on the Tube if Crossrail 2 does not go ahead, Standard

As many as 50 families claim to be having sleepless nights because of idling TfL trains after Crossrail infrastructure was built in Shenfield. Essex Live

A new map showing the route for the Elizabeth line (nee Crossrail) has been released as TfL also announces an increase in the number of off-peak services that it will be offering. IanVisits

Crossrail representatives are to meet with Ealing Council to discuss delays to five Crossrail stations, after Network Rail confirmed it was retendering some contracts to save money. CityAM

The completion of upgrade work at Putney station was marked by a visit by local MP Justine Greening earlier this month. PutneySW15

A test panel has been produced of the mural which will soon adorn the walls under the railway arches at Turnham Green Terrace. ChiswickW4

A report published by London’s independent passenger watchdog highlights the need for improvements at small stations in and around the capital. LondonTravelWatch

Applying a monthly Oyster card this morning, and by the time I had got to work, an email was waiting to let me know my card had been updated. IanVisits

The widow of a former London Underground worker who died from an asbestos-related disease is appealing for information about the working conditions he faced. Gazette News

Rail firms are introducing a new standard for train punctuality which they claim will be the most transparent in Europe. The Argus

And finally, there are 2563 National Rail stations in the UK. Some of them have quite similar names. Diamond Geezer

Image above is from August 2016: A forgotten railway… the line that starts nowhere and goes nowhere