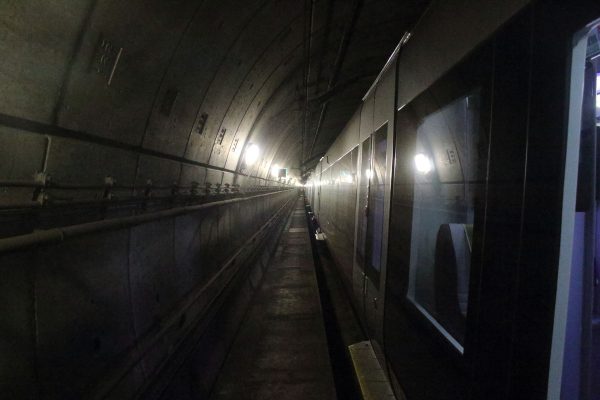 Mobile phone calls on the London Underground could soon be possible under plans by the mayor and Transport for London. The Guardian

Heathrow cannot charge Crossrail for using its track to travel to the airport, a High Court judge has ruled. BBC News

A planned overtime ban on Southern railway by the drivers’ union Aslef has been suspended to allow time for new talks, the union says. BBC News

Plans to redevelop Golders Green station will be “fundamentally” redrafted due to the scale of opposition. Local Times

A “predatory sex offender” has been jailed and banned from using the Tube during peak times. Local Guardian

The annual exhibition of new posters by today’s illustrators has opened and you’ll be seeing three of them in tube stations shortly. IanVisits

And finally, the trials and tribulations of Southern Rail commuters have been turned into a satirical stage show. BBC News

The image above is from Sept 2014: Passengers evacuated from Heathrow Express train