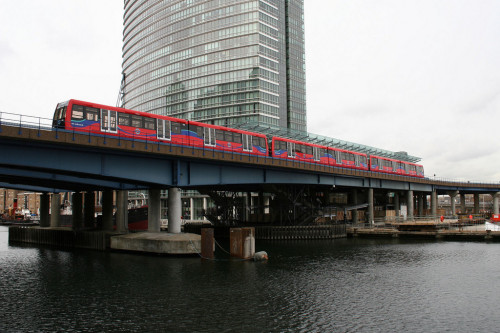 TfL seeking a fresh redesign for its new DLR trains

Natural events and simple logistics have combined this year to cause problems on the Piccadilly. We explore what’s happening and why. London Reconnections

A new roll-out of Piccadilly Line trains could be driverless and will arrive on the Tube in 2023, Sadiq Khan has said. Standard

In order to facilitate the use of advanced automated drilling on the Crossrail project, surveying company Plowman Craven came up with an innovative way to map out the work that lay ahead AEC Magazine

Malcolm Taylor, technical information manager for Crossrail, on using 5D to manage fit-out, how BIM helped drive waste down to just 2%, and plans to create an expansive “virtual world” for Crossrail 2. Construction Manager

Electrical work has been halted at Crossrail’s Paddington station because of concerns that project delivery has derailed. Construction Enquirer

The Public Accounts Committee discusses the £2.1 billion of increased costs and 18–36 month delays in the project to modernise the Great Western railway. Parliament

Trains have started running on a second line between London and Oxford city centre following a £320m project. BBC News

A new cover for the tube map is released IanVisits

A group of railway engineers working over Christmas have released a festive song. ITV

The image above is from May 2015: TfL seeking a fresh redesign for its new DLR trains