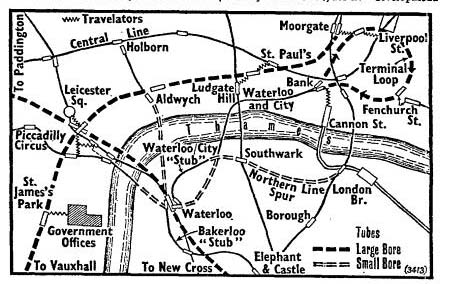 London Underground has been fined £500,000 after a maintenance worker was injured in a disused station at South Kentish Town in 2014. ORR

A look at the sub-surface lines upgrade Diamond Geezer

An additional £200 million is to be invested to improve step-free access on the London Underground. Construction

An additional £200m has been pledged to boost the number of step-free stations on the Tube, MayorWatch

Drivers on the Elizabeth Line are using the latest technology to familiarise themselves with the train and the routes. BBC News

Southern Rail and other train operators could be given more power by the government in an attempt to improve services. Croydon Advertiser

The pension funds that own the company running HS1, are considering a sale after receiving a number of offers. The Guardian

A series of strikes by train drivers on the Southern rail network will go ahead next week after a judge backed planned action by the Aslef union. BBC News

Train fares in Britain will go up by an average of 2.3% from 2 January, the rail industry has announced. BBC News

The Transport Secretary has been urged to resign after a leaked letter showed he opposed rail devolution to keep it “out of the clutches” of Labour. BBC News

It’s time once again for the annual splurge of passenger data from across Britain’s railway network. Diamond Geezer

And finally, there is a very small part of North London that has a railway station named after it, and that festive area is called Turkey Street. IanVisits

The image above is from March 2014: The crazy plan to divert the Bakerloo Line to Bank Station