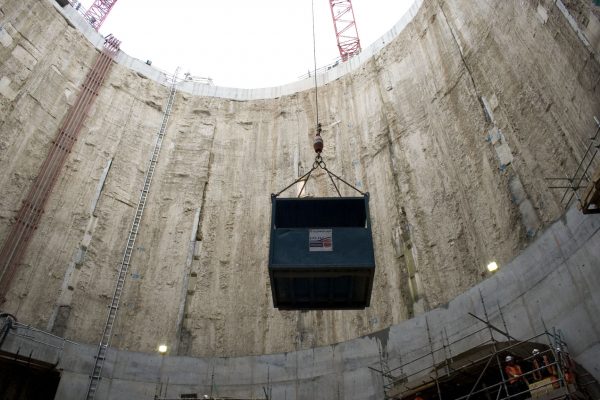 London Underground ticket offices are unlikely to be reopened, according to the chair of the London Assembly Transport Committee. CityAM

Colourful fan art for band Twenty One Pilots has taken over a tube station, ahead of the American duo’s two gigs in the city, DigitalArts

The Wallasea Island Wild Coast Project is in the running to become the UK’s most popular civil engineering project. Cambridge Network

The latest Crossrail 2 consultation, originally scheduled for this month, has been postponed until next year. WandsworthSW18

Abbey Wood’s new station is beginning to take shape with the timber structure of the distinctive roof now complete. IanVisits

And finally, a film about a man who steal trains Roger Ebert

The image above is from July 2012: A look at some deep Crossrail tunnel shafts