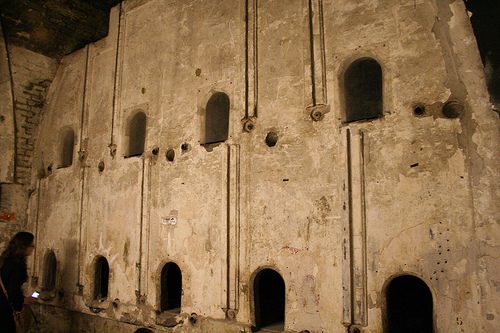 The threat of Christmas strike chaos on the Tube increased today as 1,600 ticket staff prepared to ballot for industrial action in protest over assaults by passengers. Standard

An innovative new technique will be used to reduce noise from the Tube between Woodford and South Woodford, the Mayor of London has stated. Illford Recorder

Scotland Yard has launched a counter-terror investigation following the discovery of a “suspicious item” on a London underground tube. Telegraph

Now that the tunnels are finished, Crossrail is into the fit-out phase Construction Index

A pub landlord has been sleeping in his car for months after being made homeless by the High Speed 2 rail scheme. Camden New Journal

HS2 – Euston Express can save Government £4 bn and 10 years of construction. Lords of the Blog

Police are appealing for information to catch a man who set off a firework inside of Harlesden train station. Local Times

Londoners’ safety on Overground trains has improved. Customer satisfaction with the Overground has fallen, however, East London Lines

A rail union has suspended a strike date on Southern services after a request from the British Legion. Bognor

A small windswept train station in the middle of an industrial estate that sees hardly any trains stopping could soon become considerably busier thanks to a local development. IanVisits

A company which makes equipment for trains is celebrating the opening of a base in Edmonton. Enfield Gazette

The Guardian misled its readers by treating a “gonzo news release” about Jeremy Corbyn sitting on the floor of a train as a piece of journalism, Press Gazette

And finally, a look at the inconsistent use of next train indicators on the London Underground. Diamond Geezer

The image above is from Sept 2011: A mysterious structure in the Vaults under London Bridge train station