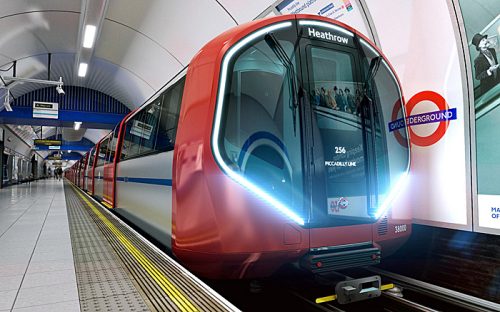 The introduction of London’s Night Tube service is thought to have led to a 21% increase in late night restaurant bookings. The Caterer

Crossrail workers have slammed site welfare conditions after having to walk two miles to use a toilet. Construction Enquirer

Platform for Design: a picture of Crossrail in which everyone has to be slim Mark Pack

Workers on the Crossrail project plan to stage a demonstration tomorrow in a dispute over missed payments, their union announced Morning Star

Workers on Virgin Trains East Coast are to stage a 24-hour strike on Monday 3 October, the RMT union has announced. BBC News

A pastor in Essex has walked the sixty mile Crossrail route from Heathrow to Shenfield to help raise money for a new church building. Christian Radio

An Oxfordshire-based barrister has been disbarred after dodging thousands of pounds in railway fares, following a hearing at the Bar Standards Board. The Guardian

The tube stations with an R in their name Diamond Geezer

A railway worker in Essex has received an award after catching a thief who had stolen a bike from a station. Road CC

And finally, ‘Tube Chat’ badge set to be outperformed by ‘Piss Off You Freak’ badge Newsthump

The image above is from Oct 2014: New tube train for the London Underground goes on display