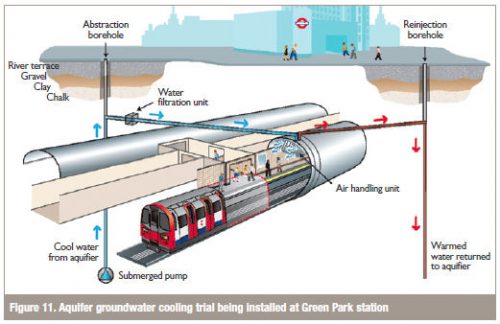 Air conditioning on London’s Tube trains can actually make carriages hotter than they would be without it, according to engineers. Standard

New plans have been submitted for the redevelopment of the old Royal Mail sorting and post office site next to Paddington Station in London. Construction Index <– will include new entrance to Bakerloo line.

Which tube station has the most entrances? Diamond Geezer

TfL and Network Rail have engaged designers, engineers, and construction experts at an event, which set out plans for Crossrail 2, preparing interested parties for an upcoming tendering process. Design Week

Electricians working to fit out Crossrail are demanding more than £20m in bonus payments to finish the £14.8bn job. Construction Enquirer <– there were delays to the Jubilee Line Extension caused by electrician strikes.

The confirmation of Crossrail 2 came as no surprise and won’t please everyone, but London will survive. Its distorting effect on the UK is a fact of life. The Engineer

A campaign for an extra train to run between Watford and St Albans to increase the frequency of the service has failed. Watford Observer

Hundreds of rail passengers – including the deputy mayor for London’s transport – were left stranded in south east London after a broken down train caused travel chaos. Standard

Picadilly Circus tube station is shortly to get a memorial to the man who probably more than most can be said to have defined London as a city today. IanVisits

And finally, Londonders got so fed up with adverts on the Tube they covered them in cats Independent <– should have included this

The image above is from Nov 2010: Cooling the London Underground