This is a rather desultory park, with a strong unpleasant odor on my visit, but it is notable for the absolutely gigantic tree that dominates the area. 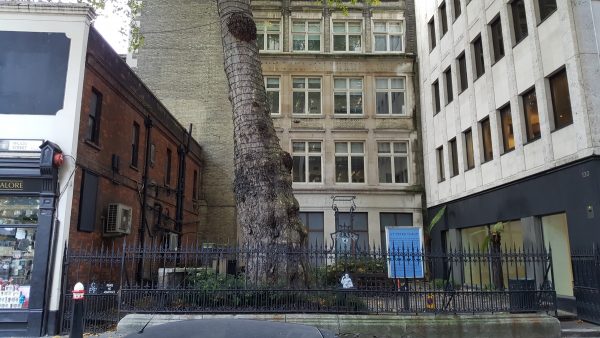 The park is actually a former graveyard, for this area was once occupied by a church that burnt down in the Great Fire of London, and was never replaced.

There had been a church on this corner of Wood Street and Cheapside since around the 12th century, and named St Peter Westcheap, after the local market (cheap meant market in Anglo-Saxon English). The church underwent a number of upgrades over the years, with bequests from a Lord Mayor of London, Sir John Shaw and Thomas Wood.

The patronage of the church belonged to the Abbots of St Albans until the dissolution of the monasteries, after which it was granted to Lord Wriothesly, and it was inherited by his descendants the Earls of Southampton. 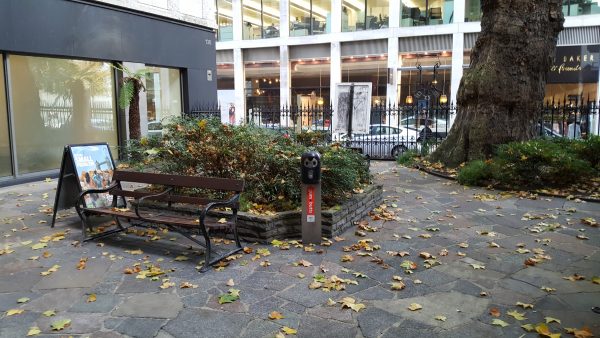 On 14 January 1559, during a royal progress through the City, Queen Elizabeth was presented with a Bible in English as she passed the church. The site was significant as it also marked a former Eleanor Cross, and for many years, Royal Proclamations were read on the spot.

Sadly, the church was burned down in the Great Fire, and it was decided not to rebuild it. The site of the church was retained as a graveyard until burials were banned in the City, and in the 19th-century, it was converted into a small public park.

Three gravestones survive, as do the railings, which date from 1712. 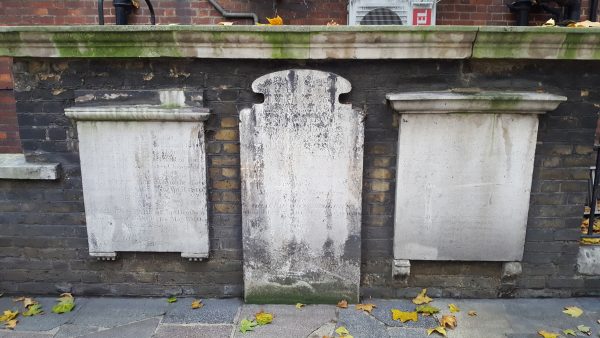 What makes this rather small plot of paved park notable though is the huge London Plane tree that erupts from the paving and dominates this corner of London’s streets.

The tree even makes a lyrical appearance, in William Wordsworth poem, Poor Susan, which records the memories awakened in a country girl in London on hearing a thrush sing in the tree in the early morning.

The great tree dates from the end of the 17th Century, and its survival in the Blitz was taken as a symbol of London’s resilience. 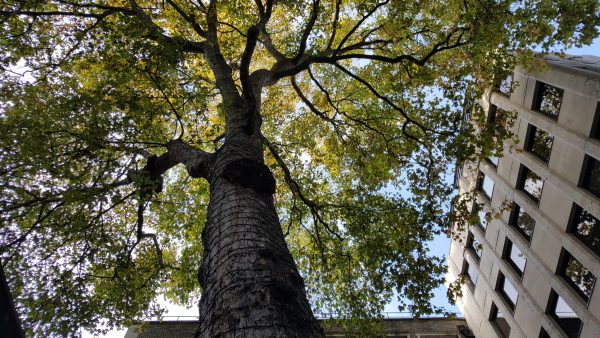 The park is set for a revamp, with the planting revamped and the area made a bit more pleasant. One of the options also includes a planting wall that would adopt the appearance of church windows.