Sat right next to a roaring main road it’s probably not a surprise that this former churchyard is looking rather forlorn, for who would want to sit here? 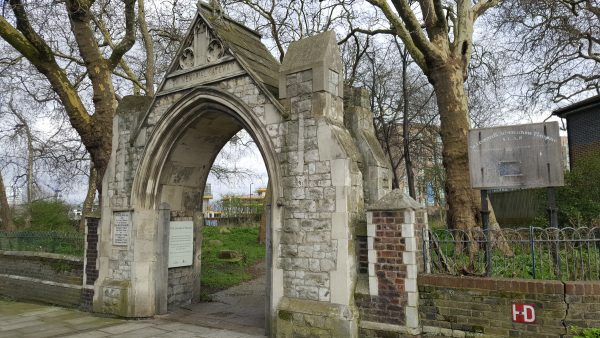 Yet, it’s a site of considerable antiquity, for there has been a nunnery on the site since at least 1122, and probably somewhat earlier.

A notable site, it was the burial place of some of the Earls of Hereford and of Essex as well as of a daughter of William, Earl of Henault.

The site was also mentioned in Canterbury Tales in a barbed attack on the Nun Prioress, who was accused of having learned French from the Benedictine nuns in a distinct Anglo-Norman dialect. By this time the dialect had lost prestige and was being ridiculed as sub-standard French.

Like most religious houses, it was shut-down by King Henry VIII’s dissolution, and the lands and buildings sold off. 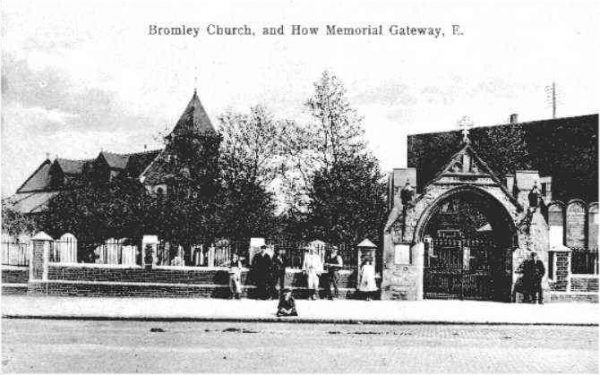 The priory church survived though, becoming St Mary’s Church. A replacement building was constructed in 1843, and was in use right up to WW2 when it was destroyed by bombing. What was left was then wiped out by the construction of the Blackwall Approach Road in 1969, which gives the area today its noisy and smelly ambiance. 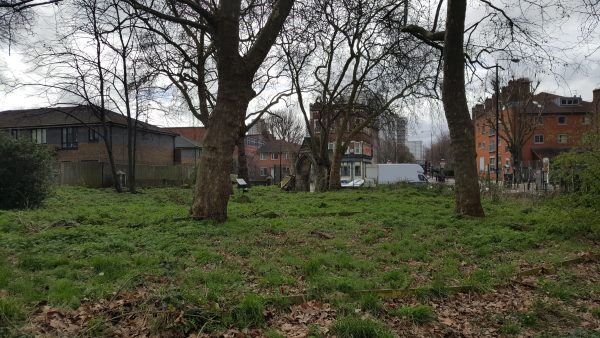 Today it’s a somewhat neglected looking park, although fresh planting and raised beds in a corner suggest someone is looking after the place, as do the newish looking heritage boards.

Elsewhere you can find a few gravestones left over from the site’s considerable antiquity. 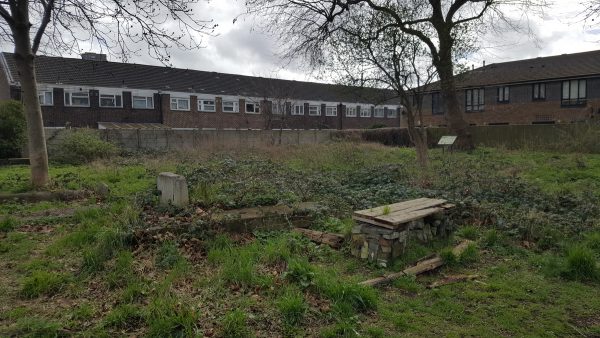 Most obvious to see though is the grand stone gate which leads into the park, the How Memorial Gate, erected in 1894 to the memory of Reverend George Augustus Mayo How.