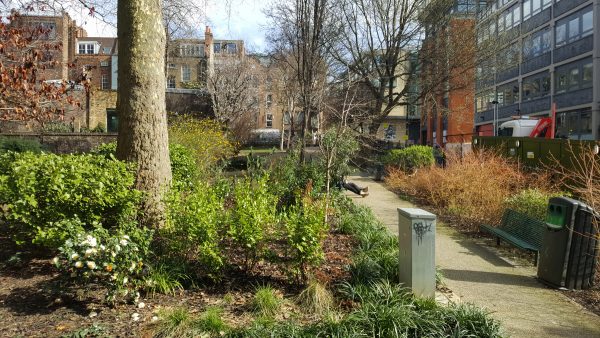 The garden is the former burial ground of the Benedictine Priory of St John of Jerusalem, founded in 1144, and originally covered some 10 acres of land. During the Peasants Revolt of 1381, the Priory was totally destroyed, and while rebuilt, it struggled to regain its former prestige and was dissolved by Henry VIII. The church though was restored to use in 1722, to serve the growing population of London which was now reaching out as far as Clerkenwell. Burials were banned in the 1850s, as in most city churches.

The site was largely neglected for a decade or so, and in the mid-1860s the Holborn District Medical Officer of Health urged that this and two other disused burial grounds in the Holborn area be turned into parks for the improvement of the health of office and warehouse workers locally. 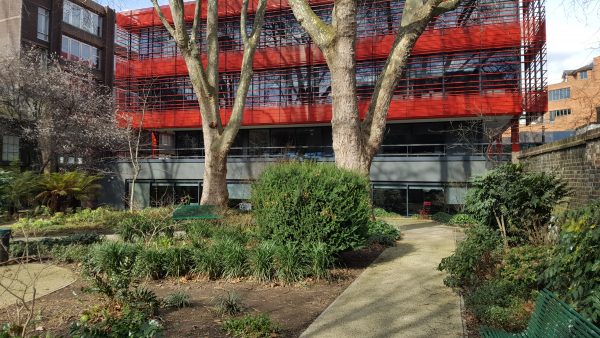 It took considerable effort on the part of the parish and rector of St John to reestablish their title to the ground, and thanks to money given by an anonymous benefactor in about 1885 the site was laid out as an ornamental public garden.

The burials, in a vault, were removed to Woking in the 1890s.

In 1904, the garden was transferred to the local authority, and it has been enlarged twice since then, once in the 1960s when it took over some demolished houses that used to run along Benjamin Street, and then slightly in the 1970s when it gained additional land from the rebuilding of an office block. 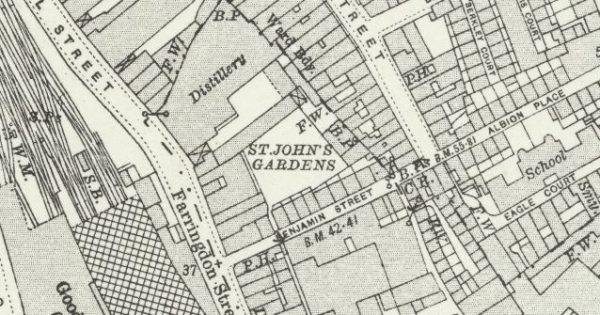 Today, it’s a modern laid out park with hints of its part church heritage dotted around.

Plaques are set into the old wall in the garden that once divided the original burial ground from the back gardens of adjoining houses.

What is of particular interest are a couple of works of art – one is a mural which is being made by the mother of Cato Heath who died aged 21 in December 2010. Each rectangle of the mosaic mural represents one day in his life for the first 378 days of his life when the family lived locally. 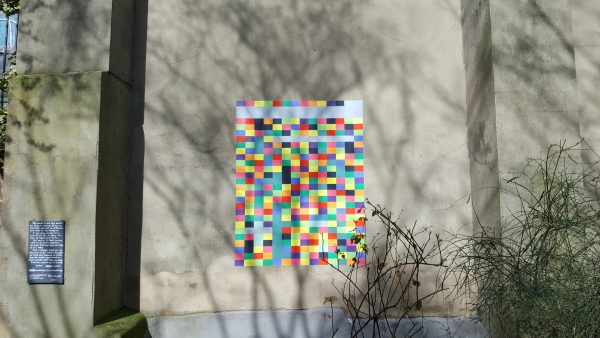 Next to it is a brick wall that’s been covered with chalk words, in memory of the young man. 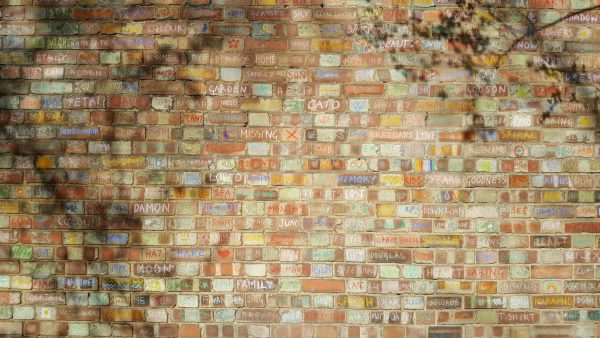 Elsewhere, plenty of seating and some grass patches make this a popular space for the local office workers seeking a break from their desks at lunchtime. 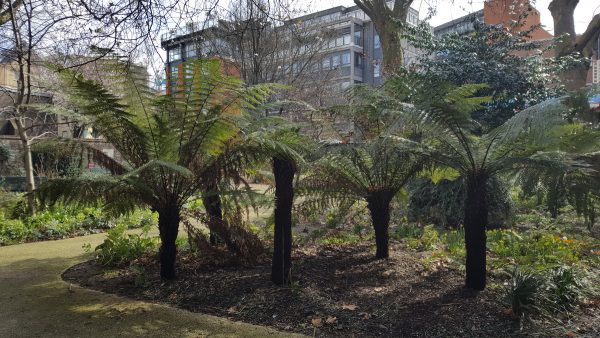 The garden was also known once as Benjamin Street Burial Ground, as it’s on the street of the same name, but is today known as St John’s Garden.