This is a recently totally rebuilt garden, replacing a classic old enclosed garden with a modern open style, and gaining an underground car park in the process. 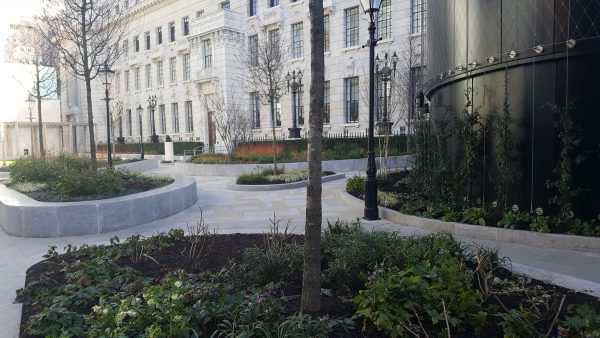 The word ‘Seething’ may originate from a medieval word ‘sifethen’ meaning ‘full of chaff’, so-called after a nearby Corn Market.

Seething Lane Gardens have a curious history, but suffice to say it was once the topic of a planning dispute, and, with a slight gap, the fine, of one red rose has been paid annually to the Lord Mayor. That’s since 1381, and the Knollys Rose ceremony still takes place each year.

In addition to the roses though, it’s famous for its association with the diarist Samuel Pepys, who lived in the same street and said he buried his exceptionally expensive Parmesan cheeses in his own back garden to protect them from the Great Fire of London.

This garden though was occupied by a building, the Navy Office where Pepys worked. That building long since lost and the site was nearly covered over in the 1910s when the Port of London Authority built its new headquarters next door — 10 Trinity Square. They however decided to create the garden space instead, in part to restore the Knollys Rose ceremony.

The garden was revamped in the 1950s into a conventional garden square, with iron railings and trees with wooden seating. 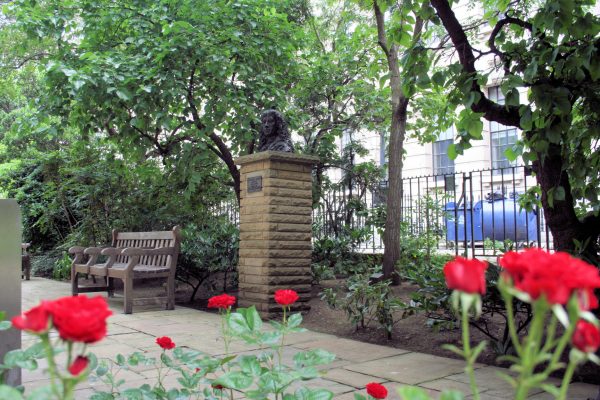 However, the redevelopment of the Trinity Square building next door saw that old garden swept away, as the site beneath it was given over to a car park, and the gardens were now a building site. 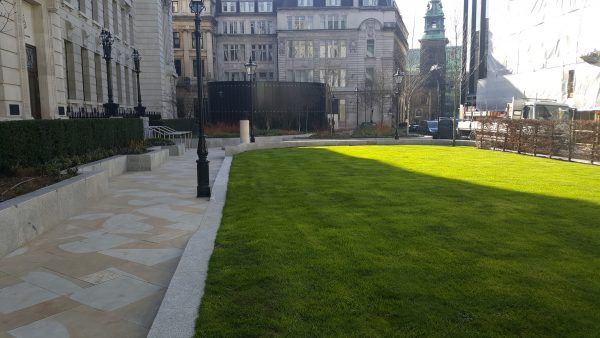 A curious black building on the south side will attract much attention and is actually quite snazzy – as it’s a  lift to get into the subterranean car park. 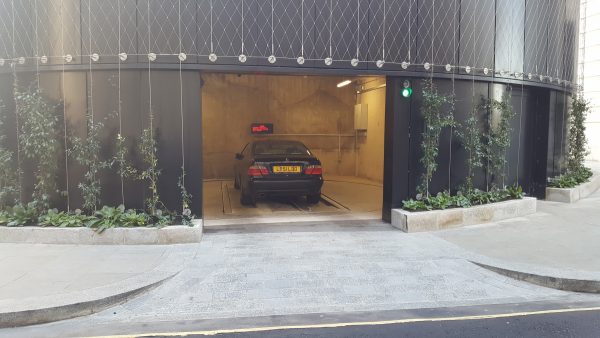 The introduction of basement structures and much more surface paving, in what was a largely naturally drained site, required the introduction of a new drainage system. This incorporates an attenuation layer under the garden where excessive rainfall can be held and then slowly released, to reduce the impact on the public drainage system of the peak rainfall run-off from the development. 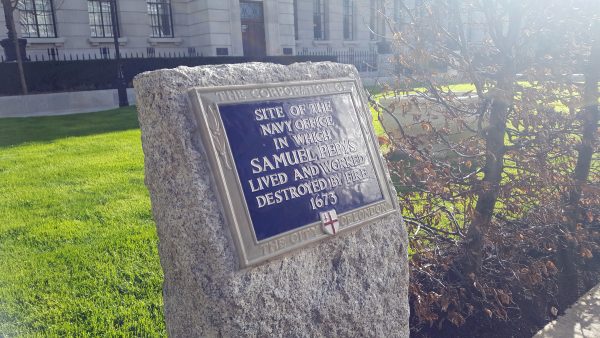 Although I would have to say the current garden is rather pleasing, it’s of a style that’s increasingly generic – of raised beds with lots of paving, and hence not that interesting. 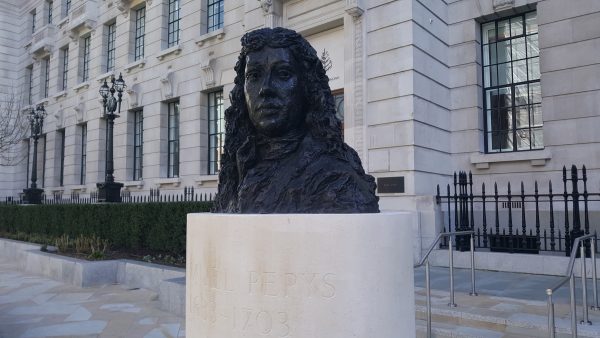 What does make this one stand out a bit is the paving — if you wander around, look out for engravings of images relevant to Samuel Pepys and the Great Fire of London. Even his Parmesan cheese is here. 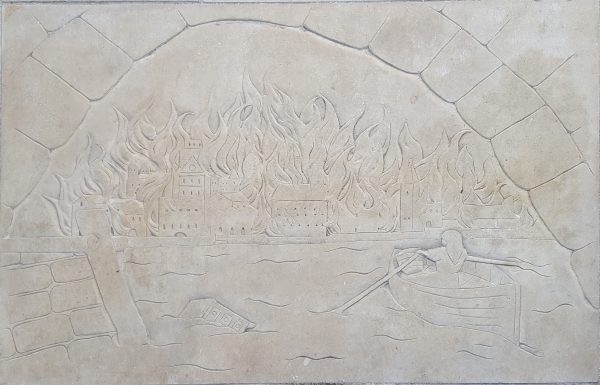 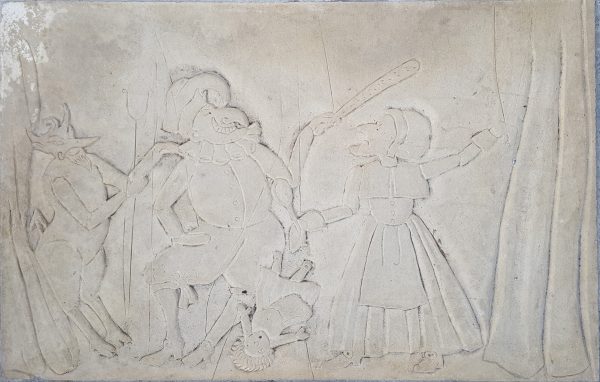 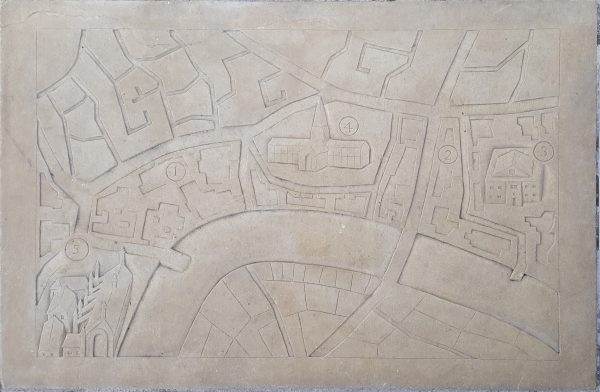 Sadly, the Knollys Rose has not been immortalized in stone, but some of the plants looked distinctly rose-like, so the ceremony should resume this year.

The garden was designed by the landscape architects, Capita Symonds.

The cost of the landscaping works came in at £1.25 million, paid for by the hotel development.