Published 2 May 2018 by London's Pocket Parks

This is a former church graveyard near Kings Cross, that is famous for having two graves that you are actively encouraged to dance on. 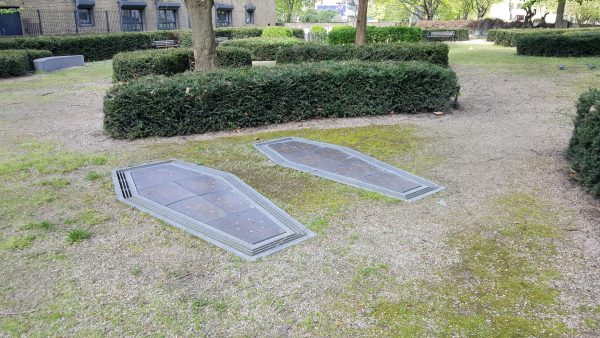 This park is named after the man credited with the creation of the modern clown, Joseph Grimaldi, who is buried there, and his grave is the only one that is still visible as an identifiable grave, surrounded by an iron railing, and a plaque. 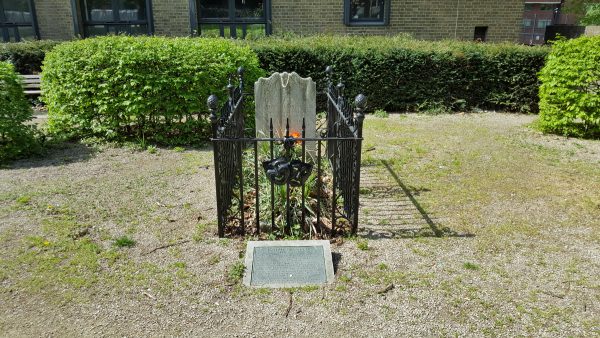 Do notice the tree next to the grave, and the plaque which are in memory of the former deputy mayor of Islington Paul Matthews, who championed the restoration of Grimaldi’s grave.

The rest of the gravestones, as in most graveyard turned park, are now piled up to one side.

Here though, a man too famous to be shunted off to the side resides resplendent. In 2010, the park was refurbished, and that’s where the dancing comes from.

The park now includes a musical artwork dedicated to Grimaldi and his employer at Sadler’s Wells, Charles Dibdin. You’ll find the two graves besides each other in the far corner from the grave, and if you stand on the plates, they ring bells.

When the graves were unveiled in 2010, their designer, the artist Henry Krokatsis said “Making a monument to a man who would have scorned the idea of permanence, heroism or any of the other qualities normally associated with funerary memorials was an interesting challenge,” adding that “I wanted to create something that is constantly changing, a joyous interlude from the silence of death.”

Actually, it takes a bit of effort and the bells don’t always work, so a bit of trial and error before you work out how to “dance” on his grave, and if you’re particularly clever, the bells should be able to play “Hot Codlins”, a song popularised by Grimaldi.

I think maybe the hinges need a bit of oiling to make dancing easier again.

But it’s certainly the sort of thing to entertain the little ones, while also educating them about the significance of the men.

When he died in May 1837, the London Illustrated News wrote, “Grimaldi is dead and hath left no peer. We fear with him the spirit of pantomime has disappeared.”

The park itself is divided into four sections, with old brick walls dividing them. The decorative park for the graves, and behind one section with some rather impressive grass covered mounds under trees.

The other section is of more utility to the locals though, being a large space of lawn being occupied by sunbathers on my visit, and the tennis courts. 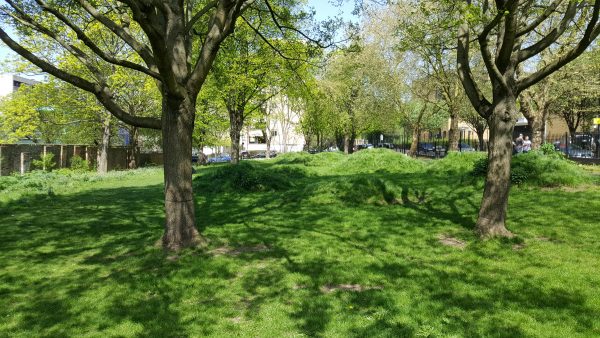 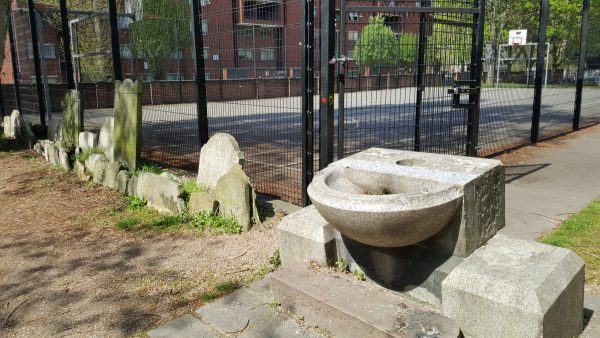 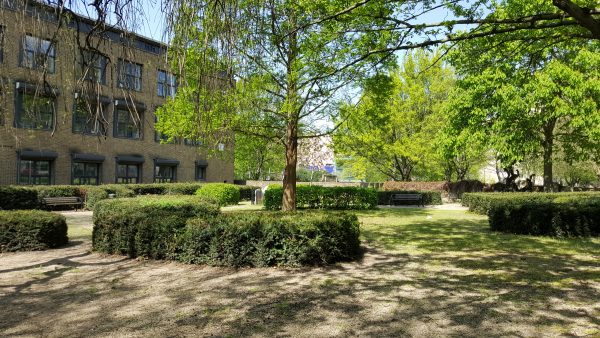 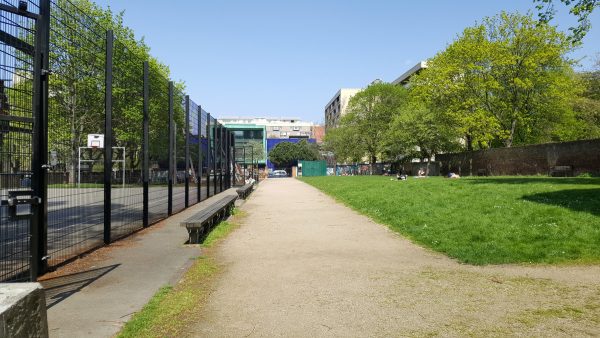