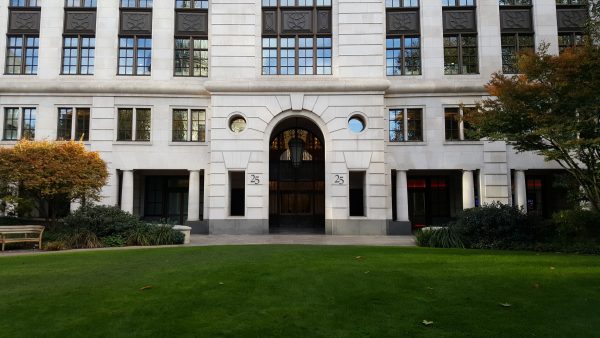 On planning documents, it’s simply “Garden West of 25 Cannon Street” which is absolutely technically correct, if rather boring. It’s also private as it belongs to 25 Cannon Street, but open to the public, if you care to ignore the warnings about CCTV on the corners.

It’s also an award winning garden, that was laid out in 2000 (just after the office block next door was built), by Robert Myers Associates (formerly Elizabeth Banks Associates). 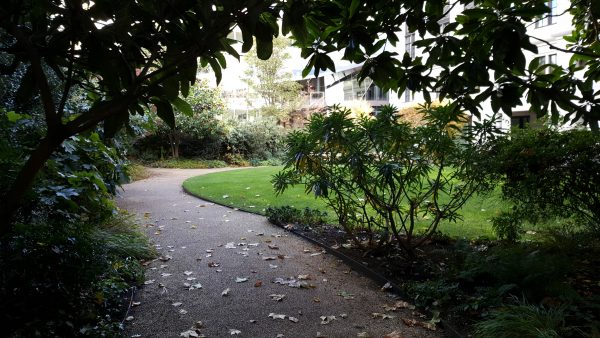 In a garden square style, this oval garden is a large manicured lawn, surrounded by a ribbon on dense planting which offers a delightful mini-corridor to wander through, with plenty of seating around the edges.

Standing in the centre though, the oval lawn does make for a very pleasing mirror to the building behind. Portland stone walls and steps give the western side of the park a contemporary finish. 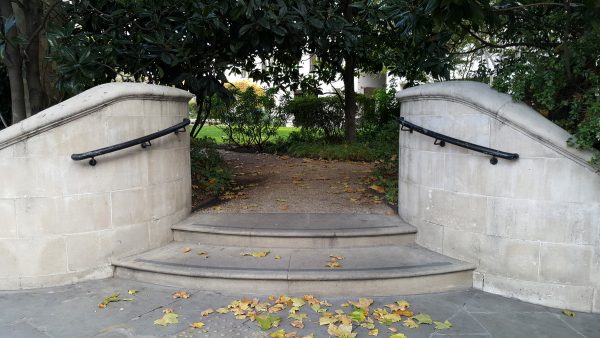 What’s notable about this park, and why I am writing about it now though is a small monument just outside on the northern side which has a certain significance next week. 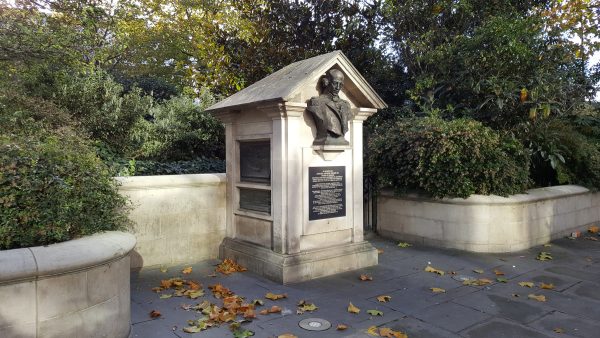 That bust is of Admiral Arthur Phillip and the monument marks the discovery and fixing of the site of Sydney, Australia by the British, on 23rd January 1788. A few days later, on the 26th January, the ship’s officers formally founded the nation of Australia, — a great day for the Brits, if less so for the people already living there

The monument is faced on two sides with bronze plaques which show HMS Supply arriving in the bay, and of the formal founding of the city by the officers on board.

The bust was originally installed on a wall at the local church, St Mildred’s in 1932, but the church was destroyed in WW2. The bust and plaques were recovered, and re-erected as a free standing monument in 1968.