This is rather forlorn pocket park of the sort that only a mother could love, sitting in the corner of a corner of two busy roads at the back of Waterloo station. People rush past, no one walks through the garden, and why would they for the garden offers a longer route and no aesthetic improvement.

The pocket park is named after Emma Cons, who used to manage the Old Vic theatre on the other side of the road following its reopening in 1880 right until her death in 1912. 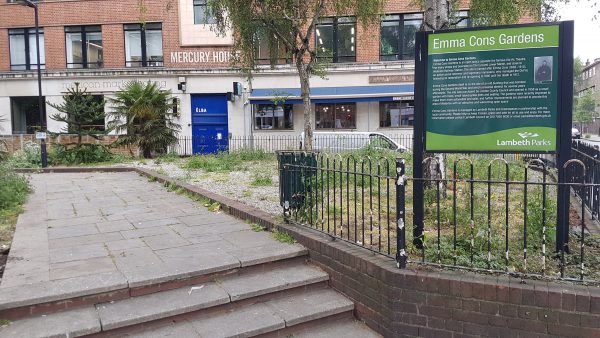 The wide space was once not so wide, until WW2. It used to be buildings, then a bomb flattened the site and it was derelict until 1958 — 60 years ago — when it was opened as a small park with raised beds and seating.

Despite its current appearance, a sign says it was recently improved. That actually took place in 2004, and according to the landscape firm, the garden was “reorganised to provide a pleasant edge to the square with a fine stone wall providing a place to sit.”

A recent temporary shed was added on the pavement with seating. 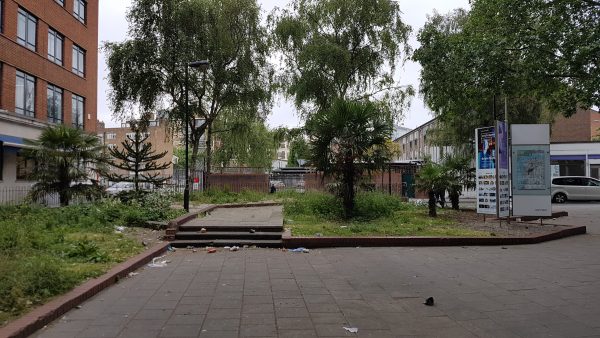 The park itself was being maintained on my visit, but has the look of a space that is simply kept barely alive rather than actively tended. That said, some of the plants are quite striking, albeit surrounded by gravel and weeds. 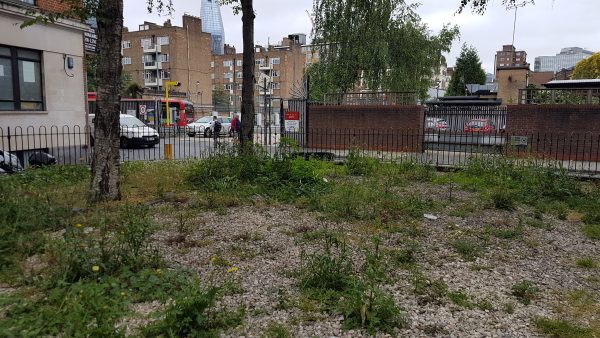 Considering the lack of appeal of the raised walkway and the lack of aesthetic appeal of the park today, it might be more interesting to accept that it is more of a backdrop to the pedestrian area, and replant it with more colourful wildflowers or flowering bushes.