Like many pocket parks, this is the result of too many people dying too often — it’s a disused graveyard. It originally belonged to St John’s Church in Broad Court, just up the road, but was later taken over by St Martin’s Vestry. 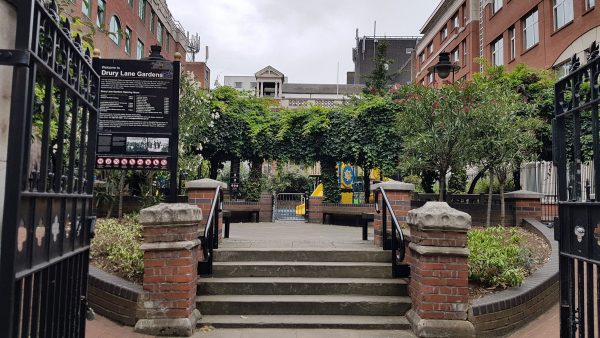 When graveyards started overflowing, sometimes quite literally, the government passed the Burial Act that allowed graveyards to be closed, and this was the first in Westminster to be both closed, and then turned into a public space.

Unlike many graveyards to parks though, this one, near Covent Garden, has always been intended for children, having been turned into a playground. Opened in 1877 as Drury Lane Pleasure Garden it seems to have at some point lost the pleasure.

This may be in part due to the “disorderly manner” in how people used the park when it first opened, causing it to be closed shortly afterwards. However, that was mainly due to there being no such park in the area and the damage being reported being due to its popularity than willful vandalism. 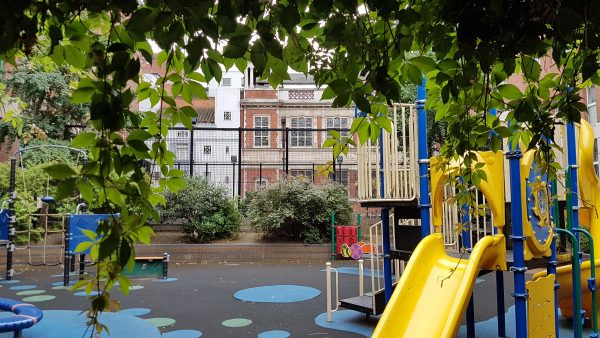 The mortuary, now toilets, and lodge, now a “cottage” survive either side of the entrance — and the 19th-century gate piers still guard the entrance.

There is plenty of seating, on benches, or the raised stone walls, and the park is divided into a play apparatus zone and a larger court for team sports.

Befitting modern thinking, but of older antiquity is a working drinking fountain. 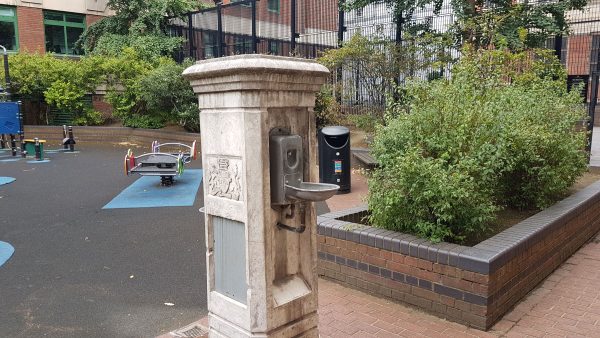 Some bird feeders were being attacked by the local pigeons, maybe they need the IanVisits Pigeon Proof Birdfeeder, but otherwise, on a Saturday afternoon, the park was totally empty. 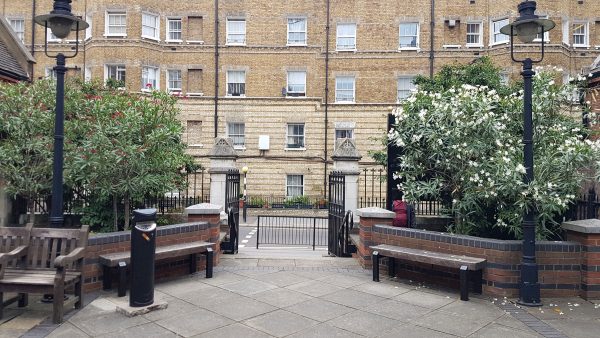 Just behind the pocket park is the Crown Court of the Church of Scotland. It’s not a court as we think of today, but is thought to have related to the merger of the Crowns of England and Scotland. The church celebrates its 300th birthday next year.