This stepped series of gardens are the result of post-war clearance, but has an industrial heritage that can be traced as far back as Roman times. 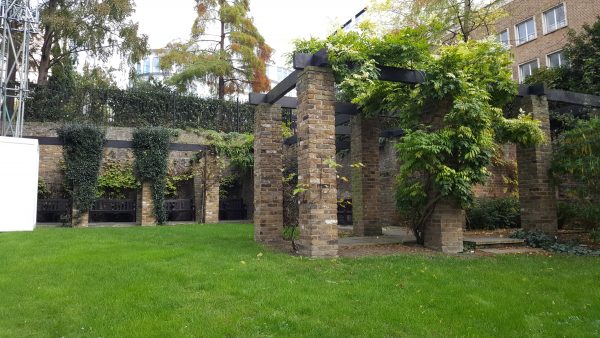 The site was laid out following WW2 by Joseph Brandis, member of the Cordwainers Company in the 1940s, and The Queen visited in 1949 following its completion. As part of its unrelated centenary, the Metropolitan Public Gardens Association funded the laying out of Cleary Gardens, which were then renamed after the Association’s former Chairman, Mr Frederick Cleary. 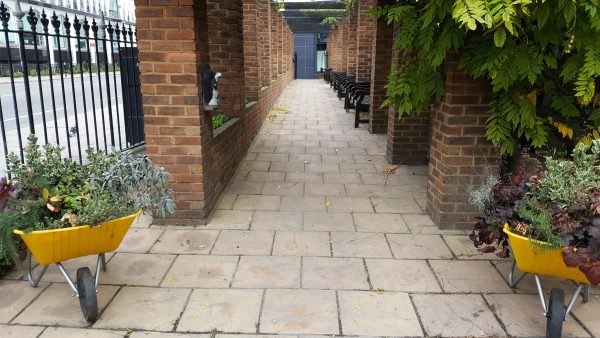 The first recorded reference to the area, known as Huggin Hill is in around 1260 as Hoggene Lane, suggesting that it is derived from the Old English word for a place where hogs were kept. Huggin Hill was known as Huggin Lane prior to 1940 and it was also known as Sporones Lane at various times.

The gardens cascade down a slope leading to the river, and in 1964, the remains of a substantial Roman bath was discovered near the site. It’s thought that they were built on terraces, dug deeply into the slope around 80AD. They were demolished by the end of the 3rd century. 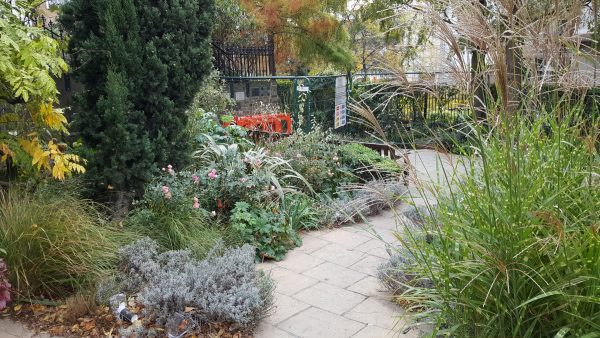 The upper terrace, with seating facing the main road is also lined with “the tree peony monument”, a gift from Yatsuka Town, Japan in 2004.

In 2007, a number of grape vines were planted along the upper wall as a gift from the winemakers of the Loire Valley. The gift is appropriate as the gardens fall within the Ward of Vintry and are close to the Worshipful Company of Vintners. 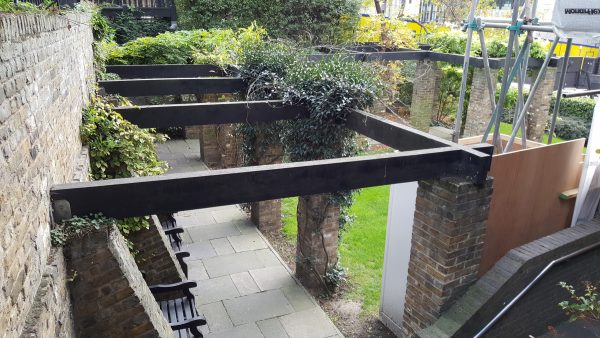 The garden is designated a Site of Local Importance for Nature Conservation. House sparrows and blue tits nest in the buddleia which has colonised the walled-off enclosure on the upper level, and greenfinches, robins, blackbirds and dunnocks are frequently spotted in the garden.