A gas lamp lit shady rectangle of grass providing relaxing seating next to a church for a She-Wolf.

I mentioned Christ Church Greyfriars and the garden in its ruined remains the other week, but on the other side of the stone walls, outside the church is the former church graveyard.

As with most City of London graveyards, it was taken out of commission by the Victorians, and was an enclosed hidden space for many years as the street frontage that today shows off the garden was once lined with shops.

A narrow alley behind the church too you to the graveyard.

When WW2 bombs destroyed the church, they also took out the shops that fronted the graveyards. In 1953, the site was cleared of rubble and laid out as a rose garden.

In 2002, Merrill Lynch completed a large regional headquarters office block around the graveyard, and on the site of the former Christ’s Hospital. As part of that they funded the renovation of the gardens.

Now it’s a fairly nice shady spot under some good tall trees, but it has an added gem — look at the lights. They’re still gas powered. 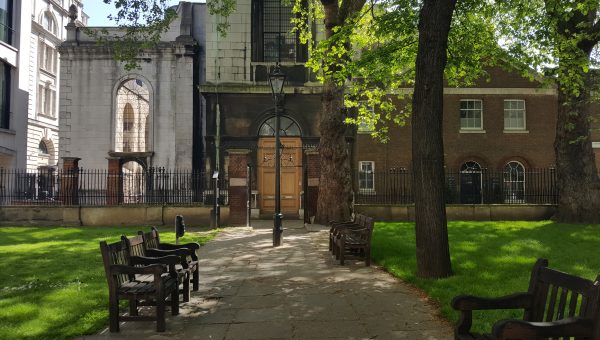 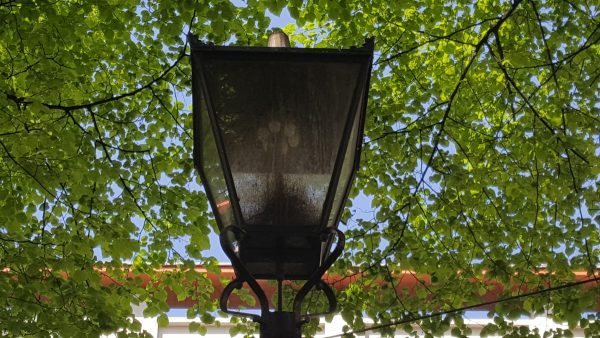 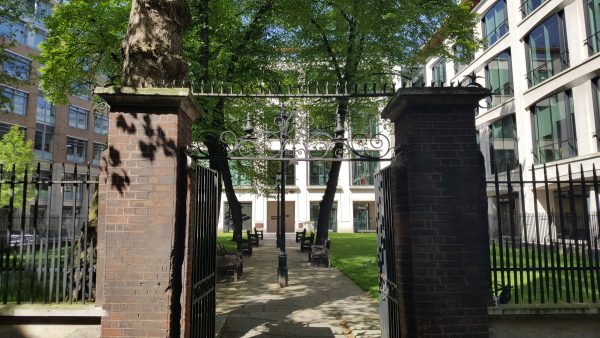 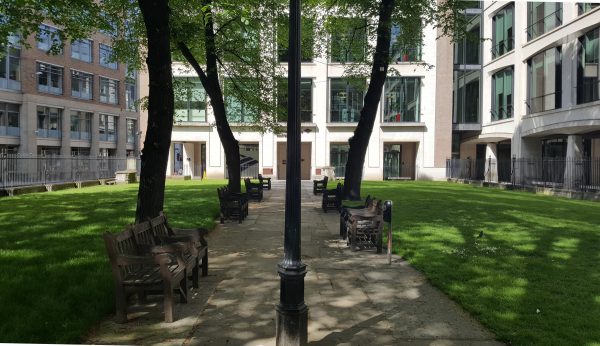