Published 9 May 2018 by London's Pocket Parks

What looks like an abandoned rubbish skip now overflowing with plants growing in the rubble is actually a specially planted metal box garden. 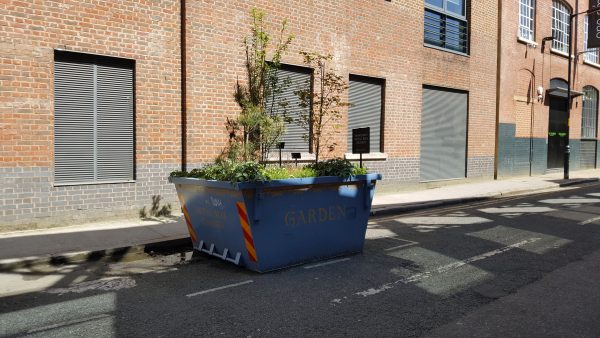 This is one of a number that started to appear in Southwark in late 2017, as part of a clean air neighbourhood scheme, to promote alternative walking routes that avoid the worst of the road pollution.

Here, America Street offers a diversion away from busy Southwark Street, although its practical utility is rather undermined by the fact that it is more than four times longer to walk and avoids barely 20 metres of a busy road. As city planners have long known, people prefer direct routes and avoid diversions unless the benefit is considerable. A pretty hidden side street like this isn’t going to draw people down here. 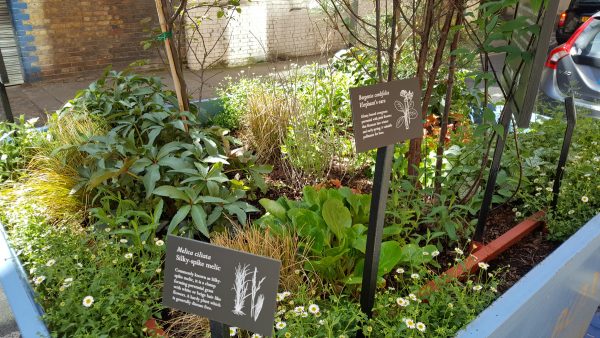 The Metal Box Gardens are situated close to the Metal Box Factory, an old Victorian warehouse which used to make decorative tin boxes, and which is now home to over 100 small businesses and restaurants including Hixter Bankside and Caravan Bankside.

The Bankside Metal Box Garden is a temporary measure, as there are plans to turn the nearby alleyway, Keppel Row into a green route with loads of planting, and that seems to be underway now, as the alley is largely blocked off with scaffolding at the moment. 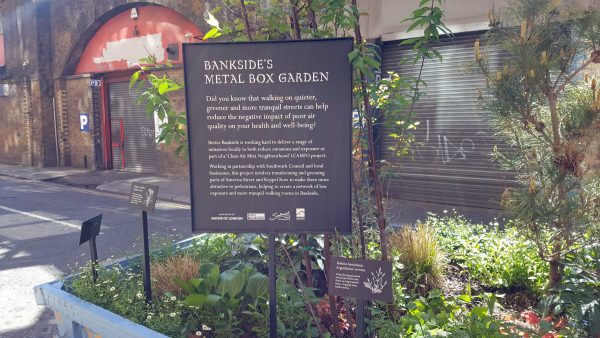 The Metal Box Garden is a nice idea, although if improving the air quality is the goal, then in small spaces like this, green walls, or CityTrees would do a better job. Green walls also have the secondary benefit of being a sound absorber, which would be of an added benefit for a road that runs alongside a railway track.