This may be the best-hidden pocket park in London, or maybe I wandered onto private property, it’s not entirely easy to be sure which. A dramatic new residential building replaced a rather tired old 1980s building of no architectural attributes whatsoever, and down by the edge, there’s a small gap with no gate next to the car park. 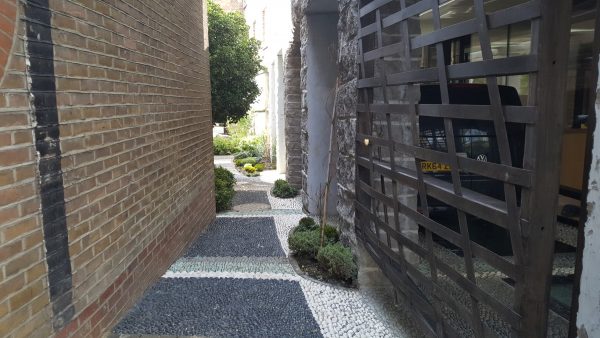 Go down here and it suddenly opens up into a perfectly formed pocket park. Very much putting ornamentation ahead of public utility as there no seating to be had, it’s still quite a delightful little discovery. 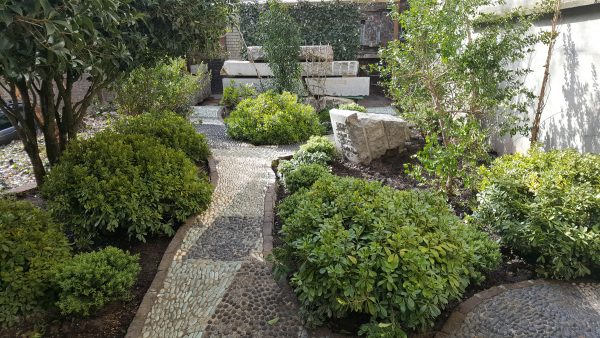 Its existence comes from the planning application for the new block beside it, which originally wanted to expand to the wall of the adjoining building, but the council wanted a gap left to separate the two.

It was decided to landscape the gap into a garden, but is it public?

The planning documents do not explicitly state either way, although one clause suggests it is, or implied to be, public… “The intervening space is to be sensitively landscaped with native trees thereby extending the link from the gardens of St James’ Church and enhancing the quality of the local public realm.”

If it’s enhancing the public realm, then it seems to be public, as otherwise it’s so well hidden that it cannot be doing anything for anyone. 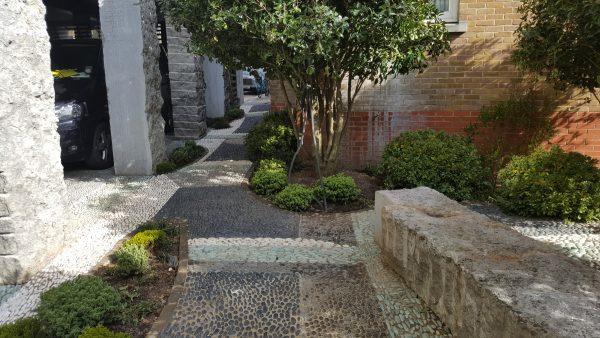 The building it sits next to is as dramatic as the garden is delightful, with a very striking rough facade that is a total contrast to what was originally planned for the site. The first proposal was a glass and black steel arrangements, then it seemed to turn into a fairly bland brick facade building. Then suddenly comes this amazing building that almost looks unfinished, or as if someone sliced half the frontage off and never finished the job. 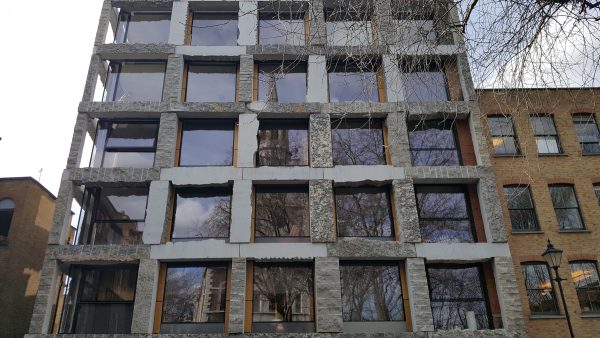 A closer inspection of the columns will reveal drilled wedge holes and saw grooves indicating that part of the story has not been told. In fact, concrete columns and clip-on stone have been rejected in favour of a simple system of solid stone load-bearing columns.

In addition, the finish of the stone is left largely as it was when it was cut from the quarry.

The building was designed by Amin Taha Architects, but was, probably unsurprisingly, controversial for the Clerkenwell area, with at one Islington councillor seeking to have works stopped and the building demolished before it was even completed, although critics have loved it.

In an area that is frankly a bit overpopulated with bland office blocks and refurbished warehouses scrubbed clean of any vestige of their original heritage – this new addition adds an exciting moment to the streetscape.