This garden is one of the legacies of WW2, as it sits on land that was badly damaged by bombing raids. 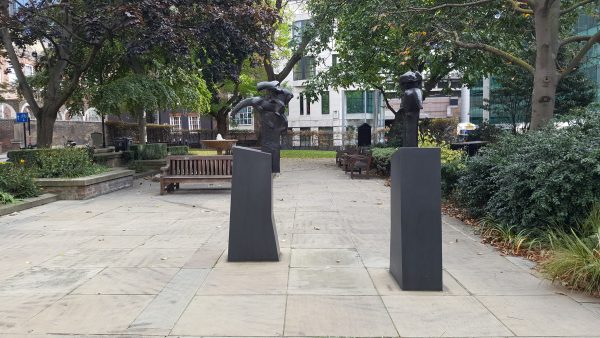 The site used to be just offices and workshops, but following the damage in WW2, it was acquired by the City of London Corporation in 1953 for the enjoyment of the workers. The garden was refurbished and redesigned in autumn 2005, and in the same year, two horsemen, sculpted by Cambellotti, were gifted to the City of London by the Italian President on his state visit to the City. 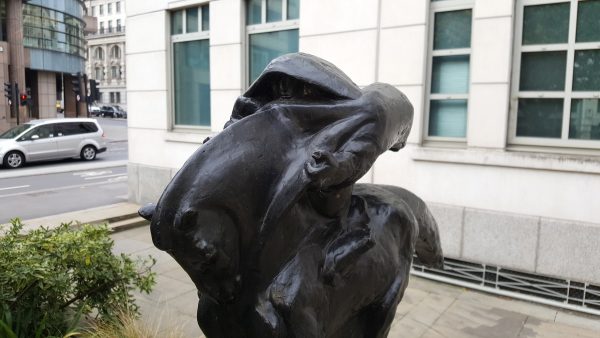 These sit on granite plinths in one corner, with a fountain and seating surrounded by hedges. A grassy corner offers some greenery to offset the paving. 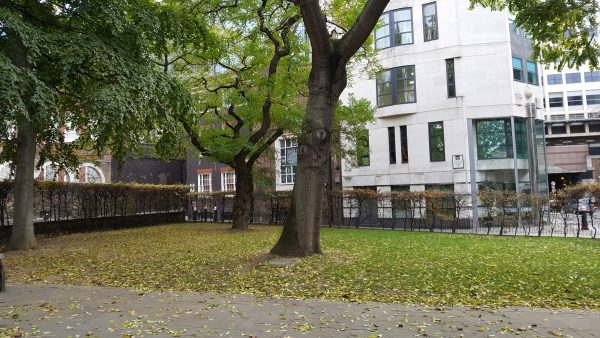 You won’t be too surprised to know that it’s named after Dick Whittington, the former Lord Mayor of London, and genesis to innumerable Pantomine plays. The naming is topical to the area though, as he is buried in the church next door, St Michael Paternoster Royal.