A curious delight can be found around the corner from Cannon Street station – a small garden cut out of the side of an office building. 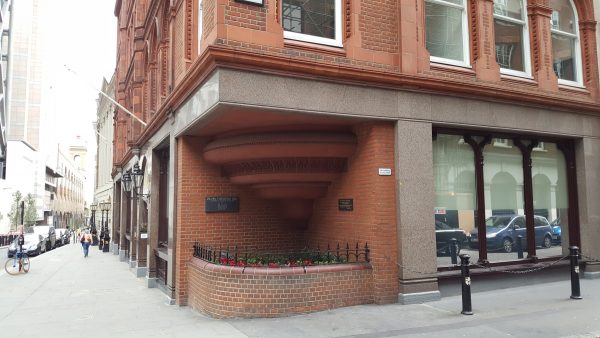 This small garden is a memorial, installed in 1978 by Past Master and Mrs Deverell Stone in memory of their son Mark.

The building is the livery hall of the Tallow Chandlers Company, who have been on this site since 1476. The modern Hall, a Grade I listed building, was built in 1672 after the destruction of the original hall during the Great Fire of London. Having survived the Blitz, it is one of the few Livery Halls to remain unchanged since then.

However, the memorial garden is in a small bit of building which is rather younger, being built in 1881. 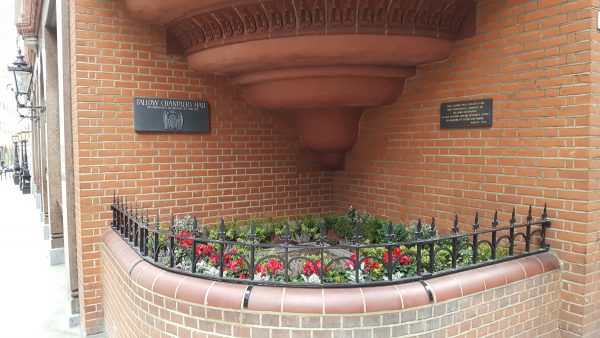 Quite how they cut the corner out and installed the garden has proven a problem to track down, but in a way that slight air of mystery adds to the pleasure this little plot of greenery adds to the area.

The current “ornate railings” were added in 1992.