A funeral home in Farringdon has recently opened a most unusual museum, of the history of funerals. Not just British, but how humanity entire seeks to commemorate the death of loved ones and noble ones. 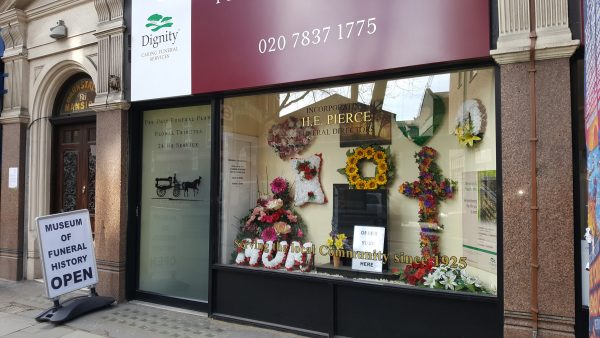 From early Saxon to modern day, this is an eclectic display of news clippings, photos and some Victorian display signs.

The museum was opened just last June, by a member of staff who happens to be a local historian as well, and the passion for history and funerals has resulted in a basement space being turned into a museum.

Entry was, on my visit at least, was a case of ringing the doorbell in the funeral home next door, and a cheerful lady opened a side door to let me in. As you’re left alone, with the doors locked, there’s a bell to ring to be let out again, otherwise, feel free to wander around.

It’s not a display with a lot of expensive relics on display, although there are some classic Victorian gold and black signs, it’s more a collection of interesting snippets and facts, laid out with vintage photos and display boards. 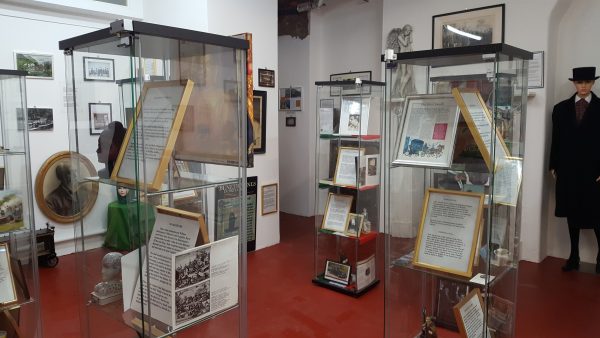 You wont be able to have a Viking funeral today, alas, but it turns out that your ashes can be put into a model Viking boat and set adrift. Or your ashes can be scattered in the waters around Venice if you want a more romantic passing.

While we often think of grand Daimler limousines as the staple hearse for English funerals, they are actually declining in popularity — the point that a recent Bond Movie struggled to find enough to offer the classic image of a funeral cortege. Although the funeral hearse in resplendent Union Jack colours wasn’t one of the ones used 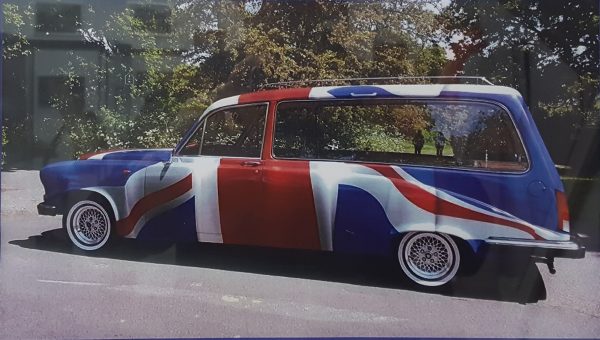 Elsewhere, this tube geek learned that two people have used the London Underground to travel to their funeral – William Gladstone and Thomas Barnardo. Now I have an aim to make it three!

A funeral that ran late caused a town to change its name. The town of Whitley turned out en-mass to celebrate one of its greats, William Oliver, but his body was sent to Whitby by mistake. Outraged, the town changed its name in 1902 to Whitley Bay to prevent such a mistake happening again.

Ironic in a way, as the black stone, Jet, which became very popular as Victorian mourning jewellery comes from Whitby. 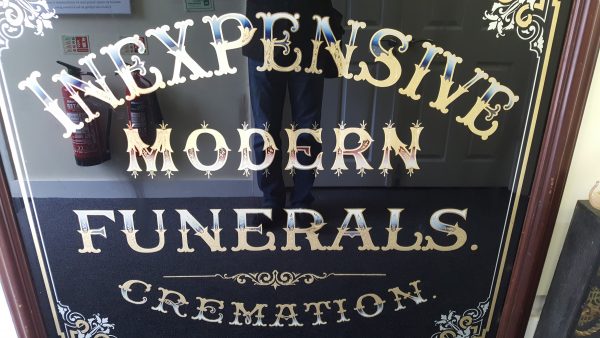 These are some of the tales, and there are many more, to take away. My own research pile grew slightly thanks to the visit.

It’s a curious little museum and very much a personal labour of love rather than a curated collection of rare artifacts. Thanks to that it has a more human touch than some museums who coldly lay out displays for academic study.

As such, I liked it. 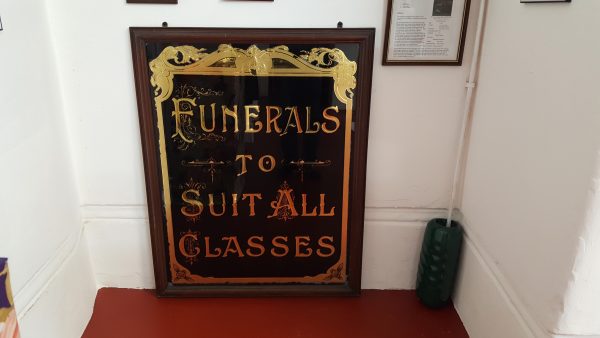 The museum, at 29-31 Roseberry Avenue, EC1 is generally open on Wednesdays 10am to 4pm, but if making a special trip, maybe phone before hand as sometimes the funeral home is otherwise occupied and not for a short time — call them on 020 7837 1775.