Located on a side street near Soho can be found a modest looking building with a history seeped in riot, anti-catholic executions, and war.

In the 1680s, the Portuguese Embassy was based in a fine building overlooking Golden Square, and despite England’s fervent Protestantism, as it was “foreign soil”, a catholic chapel was permitted to be built at the back of the building.

At some point the Portuguese moved out, and the Bavarian’s took over.

Anti-catholic feeling was running high in the last 1770s, and consummated in the notorious Gordon Riots, which saw many Catholic buildings destroyed, including the Bavarian embassy’s chapel.

The current building dates from those turbulent times. 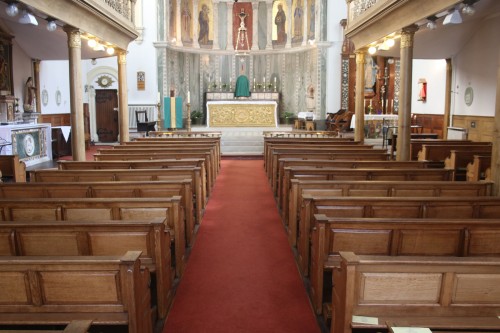 The Bavarian embassy moved out, and Bishop of the London District, Bishop Talbot secured a lease on the land for a new openly catholic church. The new church’s external simple brick modesty a reflection of the sensible desire to avoid standing out too much against the rest of the buildings in the area.

The gilt angels on the outside date from the 1950s, when it was felt safe to add a bit more ostentation to the exterior. 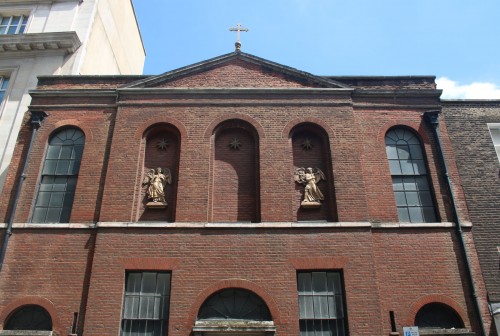 As such, although the building is new, the site is old, and that makes it the last surviving Catholic embassy chapel that dates from the “penal times”, when being a Catholic was illegal.

The church has also retained its long links with the Bavarian royal family, and there is a plaque inside to the memory of Crown Prince Rupert of Bavaria.

He was, when he died in 1955 the head of the Royal Houses of Stuart, Wittelsbach, Tudor, Plantagenet and Cerdic, which probably makes him more British than Bavarian! The current Duke of Bavaria is still considered by some to be the Jacobite Pretender to the British throne. 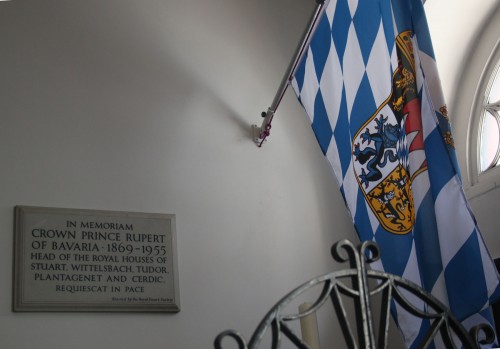 The church itself is almost as modest inside as its is outside, with Georgian style upper stalls running along the sides and plaster worked ceiling.

Although redecorated a couple of times, the main body of the church remains as it was when it was built in 1790. The only significant change was the shortening of the side galleries so that they no longer reach the east wall of the church.  The original pews in the galleries were left in place.

The original organ can be spied above the door if you turn around to see it. 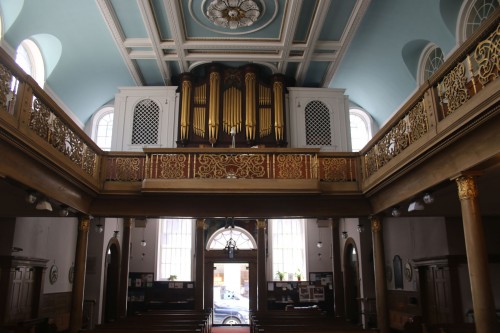 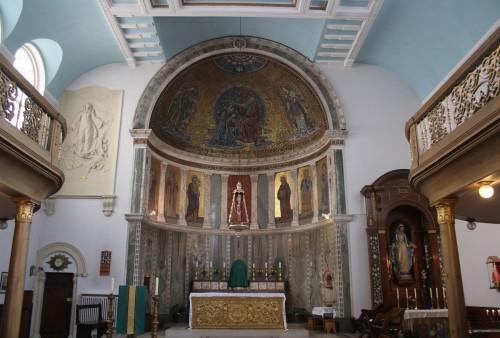