Long before Heathrow was London’s primary airport, Croydon Airport was the place to go for rich Londoners seeking the exciting experience of flying – and there is a heritage museum there which is open on the first Sunday of each month. Last year I paid a visit down there to have a look, and its about time I wrote about it.

For me, the journey involved a train down to the main East Croydon train station, then it is about 20 minutes by bus down to the airport. Opposite the airport building is a generic “out of town” shopping area, and the main building is easy to identify as there is an old plane parked outside. 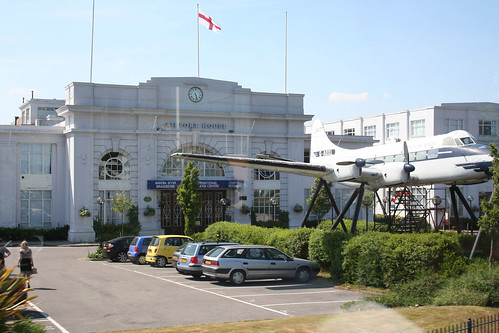 Croydon Airport was originally two World War 1 airfields separated by a main road – which were combined at the end of the war to form a civilian airport. The new Croydon Aerodrome opened on 29 March 1920.

The initial flights carried passengers, mail and freight to Paris, Amsterdam and Rotterdam. In 1923 Berlin flights were added. In the mid 1920s the airfield was extended, some adjacent roads such as Plough Lane being closed to allow heavier airliners to land and depart safely. A new complex of buildings was constructed adjoining Purley Way, including the first purpose-designed air terminal in the world – which is now the Aerodrome Hotel.

Whilst the airport had many famous firsts – probably the one which may sound familiar to most people was the famous flight by Amy Johnson to Australia. When she later returned to England, there was a procession all the way from the airport into Croydon town centre to celebrate.

During World War 2, the airport was closed to civilian flights and became a military field.

Although the airport was returned to civilian flights after the war, the development of ever larger plans required a larger airport and the decision was taken to move everything to Heathrow. Croydon closed in 1952.

Although most the airport has long vanished, the main terminal building and control tower are still there, and while most of the building is an office, the owners have been very sympathetic and maintained the control center and the original entrance foyer. 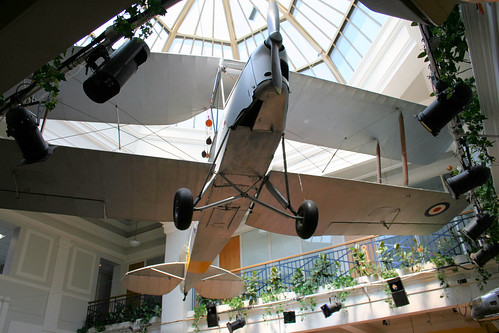 Visits are free, although donations are appreciated. Their website is a little out of date (to be polite about it), but if you have an interest in the grand old days of flying – this is quite a fascinating place for a visit as there is a very good museum made up of the restored main foyer – absolutely loads of photos lining the walls as you go up to the control tower – and in there are cases full of heritage.

You can also see the Wembley Stadium arch from the control tower (on a clear day) – which is actually quite impressive when you think about the distance between the two sites.