London’s fire brigade museum to get a new home

The already difficult to visit Fire Brigade Museum is about to become easier to visit, as it is closing for several years. Yes, that actually makes it easier to visit.

As part of a controversial deal to sell the building it sits in, the museum will get a new home in the Brigade’s old headquarters on Albert Embankment in Lambeth.

The current museum will remain open until September 2015, after which the process of packing, storing and auditing the museum’s contents will begin.

It is estimated it could take between three and five years until a new museum opens but plans are being developed that will ensure there are still opportunities for the public to view the Brigade’s historic collection.

These include temporary exhibitions at various spaces across London, including fire stations and Brigade headquarters; outreach visits and educational talks and lectures and events to commemorate next year’s London Fire Brigade 150th anniversary celebrations.

At the moment, the museum, is both very good and a right pain to visit. It’s is only open Mon-Fri and only to pre-booked visitors who have to take a guided tour.

They claim they have to turn away school groups due to a lack of space, but there would be plenty of space for individuals to visit for a wander around on their own, if only it were possible.

Hopefully, the new museum when it opens will be more welcoming to the visitor who just wants to go in for a look, on their own, on a Saturday.

Until then, look out for temporary exhibitions appearing next year — it may be the only way for the average London adult to see their exhibits. 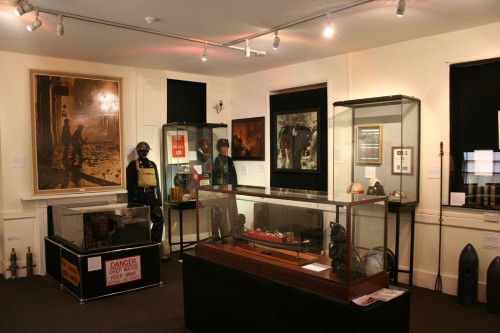