A covered alley that runs underneath the Old Bailey court rooms with a concealed entrance for the public to go inside, this is Warwick Passage. 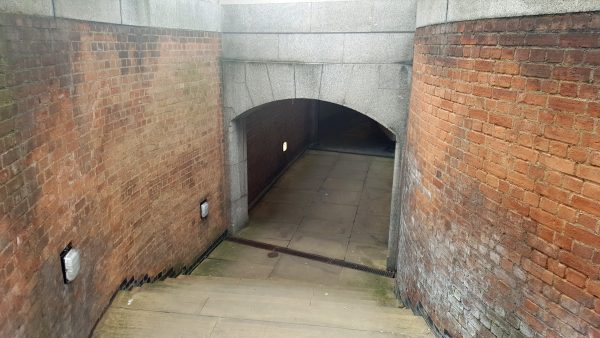 Named after one end, which is Warwick Square, the former home of the powerful Earls of Warwick, one of whom, Richard Neville was known as the Kingmaker.

The alley is notable though for being both a seemingly popular short cut, but also for offering shelter for those entering the Old Bailey (Central Criminal Court) for reasons other than practicing (or avoiding) the legal system.

It’s the public gallery entrance, where anyone can go inside to watch a court case. 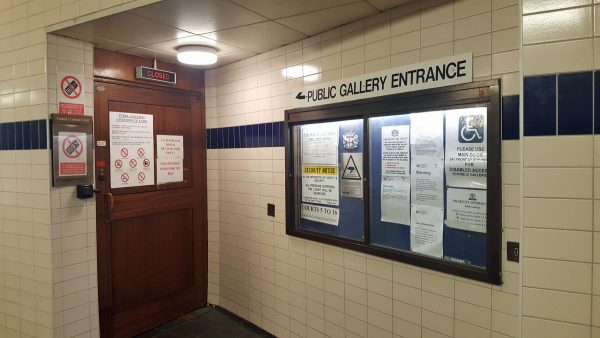 This was my second attempt to photograph the alley, as my previous visit had too many people queuing up to go inside, so I came back shortly after the courts closed on a Friday, for an almost empty passageway. Not that the few remaining didn’t give me some funny looks for taking photos. 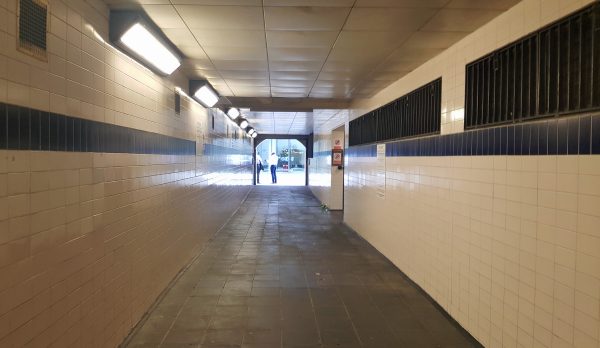 The passage appears to be of recent construction, probably dating from the late 1960s when the courtrooms were expanded, and the building above constructed. Before that, no map shows the passage existing on the site.

The passage is claimed, in a novel by Alistair Campbell to be a favoured spot for courting couples and police officers enjoying a smoke. I can confidently say I saw neither, and considering the security around the area, I highly doubt either happen.

At the far end, up a set of fine stone steps can be found a very small, but rather pleasing garden. Not one to sit in, although there is a very small stone bench, surrounded by discarded cigarette ends. 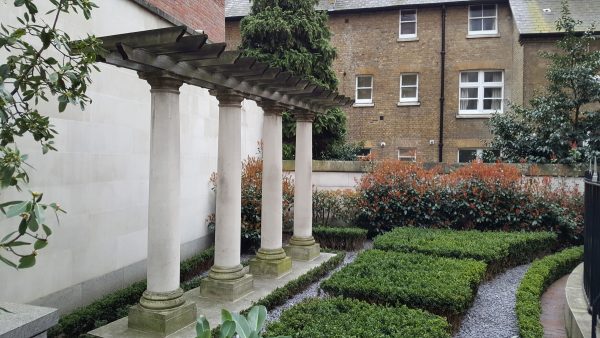 The low box hedges are set against the temple style pavilion. It’s a garden to admire when popping down the steps. The four columns are however of interest, as they come from the Central Criminal Court building from 1907, part of which was demolished when the court was expanded in 1972. 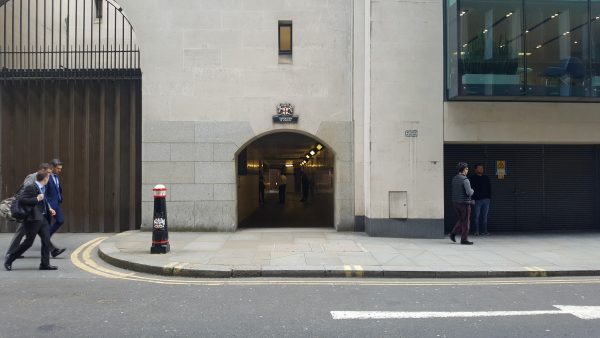 If you turn up at the wrong time though, you’ll have to admire them at a distance though, for Warwick Passage is locked at the weekends. 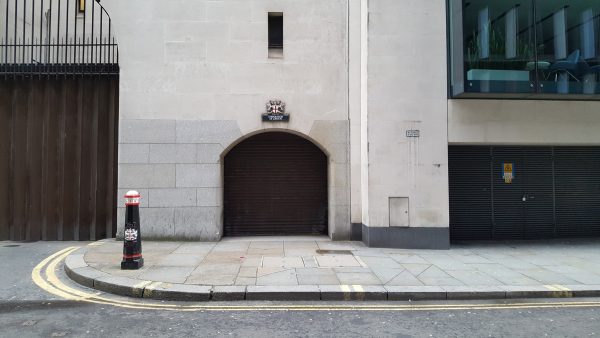