If you are taking a picturesque walk along the Thames, right in the heart of the City’s office world can be found this very industrial section of pathway. 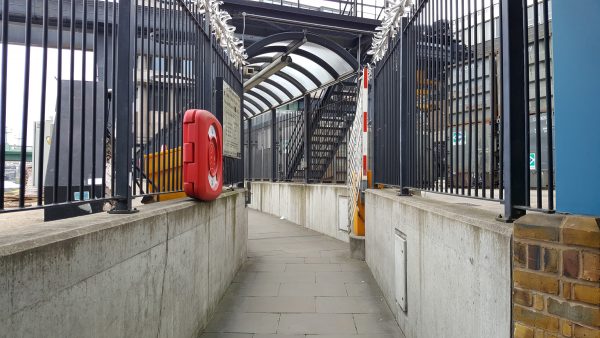 For reasons that seem obvious when you look around, it’s called Three Cranes Walk, and runs through the middle of the City of London’s rubbish dump.

Well, it’s their waste transfer station, where rubbish from across the city is collected into large containers, then shipped by barge out to Belvedere where it is burnt. Shipping by barge takes around 100,000 smelly rubbish truck trips off the road each year. 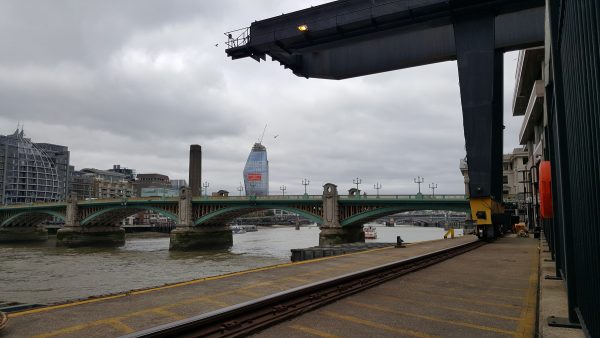 However, to get the rubbish from the city onto the barge requires riverside access, and rather than seal the area off, which would make their job easier, they’ve put a covered walkway though the middle of the depot.

Every time the cranes come into action lifting giant metal containers, the pedestrian barriers come down, warning lights flash and people have to wait a few minutes. A sign, still using yards, advises of an alternative walking route should people be so impatient. 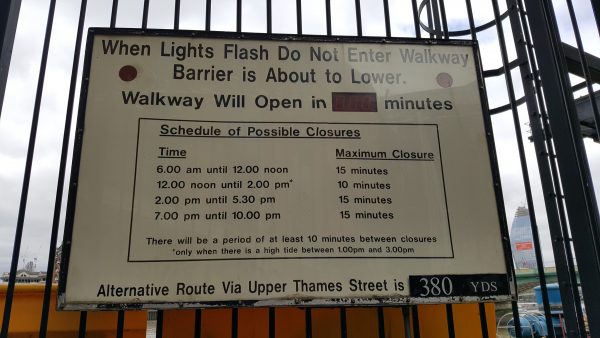 The area looks very municipal, but as you might expect for this part of the City of London, is very historic. This is the Walbrook Wharf, where the now-hidden Walbrook river would feed into the Thames. As one of the most important features in Roman London, it slowly started being covered over around the 2nd century. Today excavations along the length of the buried river for new building works are uncovering unprecedented amounts of Roman archeology.

Although the cranes that exist today suggest at why the passageway is called Three Cranes Walk, the name is actually older, dating to the early 19th century when three wooden wharfs were on the location and each was notable for their large wooden cranes to lift barrels of wine from the river. 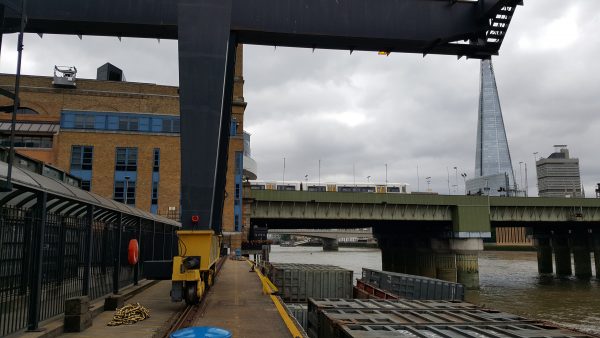 The area was badly damaged in WW2, and was redeveloped as the waste transfer wharf in 1963.

Today it handles around 50,000 tonnes of rubbish per year, shipping an average of 12 containers per day to the incinerator at Belvedere, where in addition to rubbish from other councils it generates energy to power some 100,000 homes. 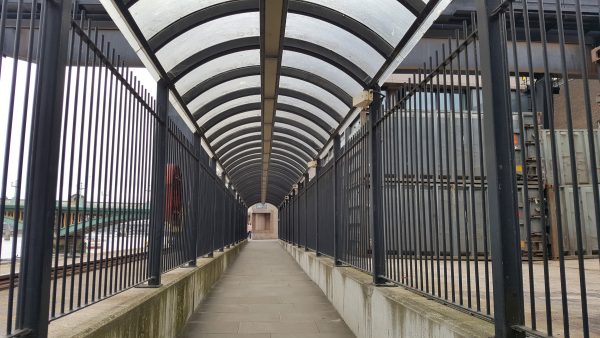 The passageway is a curious sight in this otherwise santised City of London and a good reminder of the normally hidden services that keep the city running.