This is one of the larger alleys in London, and one which is very heavily used, thanks to hosting a number of businesses, and a rather fine pub.

Quite what the origins of the alley are is lost in time, but may be a reference to an extinct breed of English hunting dog, the talbot, or a corruption of the term Tabarde Inn. 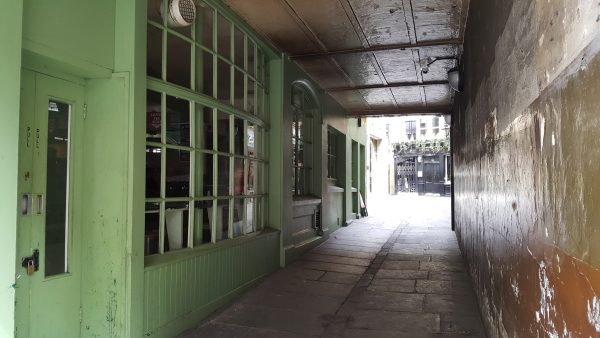 Whatever the origins, there was a pub on the site of that name until the Great Fire of London wiped it out. As with most of London, it was until recently a cluster of smaller offices and shops, some of which remain, but one side is a large office block.

What distinguishes it from many pass-through alleys is that several businesses still thrive here, from the medical care centre to the branch of Greggs, which would normally want to be on the main road. The entrance from Eastcheap being marked by an Italian deli who serve wonderfully fattening fare, and is a rare outpost for being open on Saturdays. 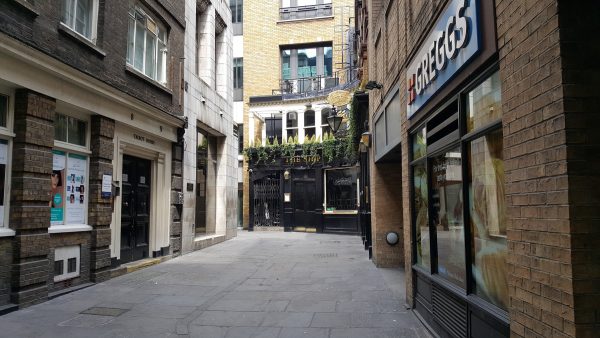 The Ship pub is a good old fashioned design, dating to about the 19th century, and it looks the part, with crowds spilling into the court in the summer evenings.

Also if you look carefully opposite the pub, you might find some old parish boundary markers from the lost church of St Andrew Hubbard. 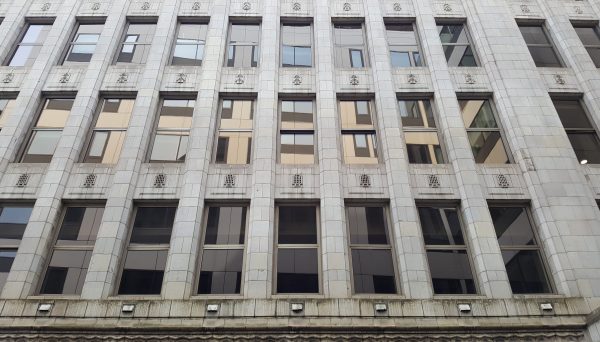 What’s really quite delightful is the office block — which despite facing a back alley has gone to town with the decoration on its building facade. 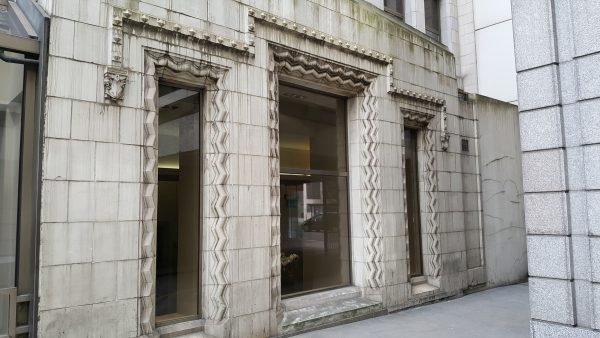 The entrance is also decorated but more recent buildings do tend to get a bit in the way of taking a photo. So come and stand to one side to admire the decoration.